Based off the bestselling book by Steven D. Levitt and Stephen J. Dubner, Freakonomics (2010) brings together five documentary film makers – each tackling their own unique chapters loosely relating to an aspect of the human condition – including Morgan Spurlock (of Super Size Me [2004] fame), Seth Gorden (King of Kong: A Fistful of Quarters [2007]) and Alex Gibney (Gonzo: The Life and Work of Dr. Hunter S. Thompson [2008]).

The problem with splitting any film medium into several vignettes is inconsistency – you will nearly always get some sections that work well, but also others that are less successful. Unfortunately for Freakonomics, 3/4 of the overall film fall into the “less successful” category, and I find it hard to believe that even the book’s most loyal fans will be stimulated by this attempt at adaptation. Instead, Freakonomics comes across as an over polished More4 documentary that accidentally made it onto DVD. 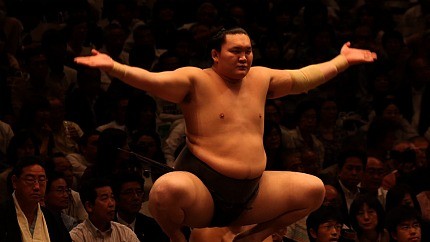 An additional problem that arises from giving each of the directors their own chapter – and consequently free reign to do what they want within that time frame – is that you get different interpretations of the subject matter. The chapter on ‘cheating’ provides a rather in-depth analysis of sumo wrestling, with regards to wins and losses, in order to prove that cheating can occur in the sport – a sport that has cemented itself on being a profession of honour, pride and dignity. However, Gonzo director Gibney clearly took this as a chance to produce an expose on the sport, rather than looking at the algorithms used to prove the point. While this particular short is an interesting watch, you can’t help but feel that it has no point in relation to what proceeds, or indeed follows.

Adversely, Morgan Spurlock’s look at how baby names can affect the way humans develop and act falls short because Spurlock himself clearly doesn’t seem to be taking the subject matter seriously. Once all of the theories have been debunked or lampooned, there is no solid conclusion – so what was the point?

Worse still, Eugene Jarecki’s individual piece suggesting that crime rates reduced in the US during the 1990s in conjunction with the legalisation of abortions is a real stretch to buy into, and comes off as an audio reading of an over indulgent university dissertation. I read a blog post by a guy who believed that Stanley Kubrick was the director of “the” fake moon landing, and that his adaptation of Stephen King’s The Shining (1980) was his admittance to that. Whilst the writer had a lot of so-called “evidence” to back up his claim, it’s clearly (and somewhat disappointing) not true, and sadly it’s the same story with this Jarecki’s contribution. 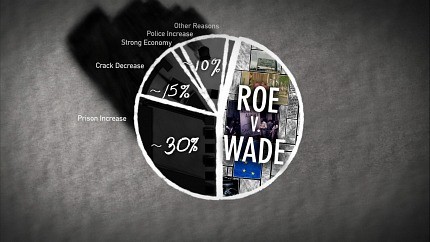 The highlight of the film is undoubtedly “Can a Ninth Grader Be Bribed to Succeed”, in which a school bribes a number of failing ninth grade students $50 a month in exchange for them getting a C or above in all of their subjects. It’s an overall successful exploration, however, it does sometimes feel that the subjects of choice were made unfairly just so they could make their point – a child who doesn’t want to go to school and learn because they wish to join the army isn’t going to change their mind for $50.

The Freakonomics book was publicised as a piece of non-fiction that will make you question everything. Unfortunately, the film adaptation just made me question why anyone would bother to watch it. An uninspired, tired documentary that should probably only have made it as far as the small screen (and that’s at a stretch).