Filmed in postwar Germany in much the same way as a number of Italian Neorealist efforts, Michael Anatole Litvak’s Decision Before Dawn (1951) concerns the moral grey area of treason and treachery in regards to two German soldiers who are hired by American forces to spy on their motherland during the Second World War’s closing months. 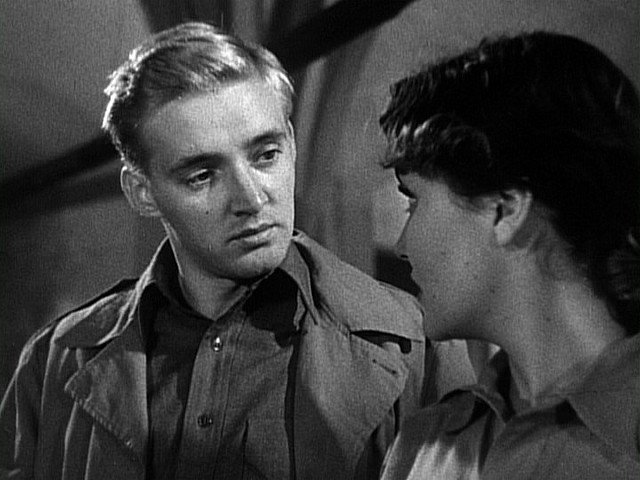 The cast as a whole are impressive, but Oskar Werner stands out as Happy, an idealistic recruit who works for the Americans after seeing his friend killed for doubting Germany’s superiority. The humanity with which he is portrayed is a breath of fresh air considering much more recent WWII films, which still find it hard to see the entirety of the German army as anything other than faceless murderers or the foot soldiers of ‘evil’.

Take for example Saving Private Ryan (1998), a depressingly reductionist piece of American-obsessed propaganda in which German’s are either cheats, murderers, liars, cowards, or simply faceless spectres gunning down our brave boys.

Decision Before Dawn is, in comparison, startlingly progressive in its views towards not only one’s enemies, but human compassion itself. The resolution of Happy’s relationship with his American Lieutenant (Richard Basehart) is open-minded and uplifting, and all from a story produced rather amazingly within just five years of the war’s end.