Back in the 1980s when The Evil Dead (1981), A Clockwork Orange (1971) and The Texas Chainsaw Massacre (1974) were still banned in Britain by the then draconian BBFC and the 1984 Video Recordings Act, there were a lot of films floating around which gained an audience, not because they were any good, but because they had been removed from the shelves and were no longer available to rent or purchase in their original form.

One of the few “Holy Grails” of this era was Meir Zarchi’s 1978 rape fantasy revenge flick I Spit on Your Grave. Few people actually saw the film at the time of its release, but those that had spoke in hushed whispers about its explicit scenes of gore and graphic violence – particularly the infamous castration scene, which when discussed caused much crossing of legs amongst the gents. 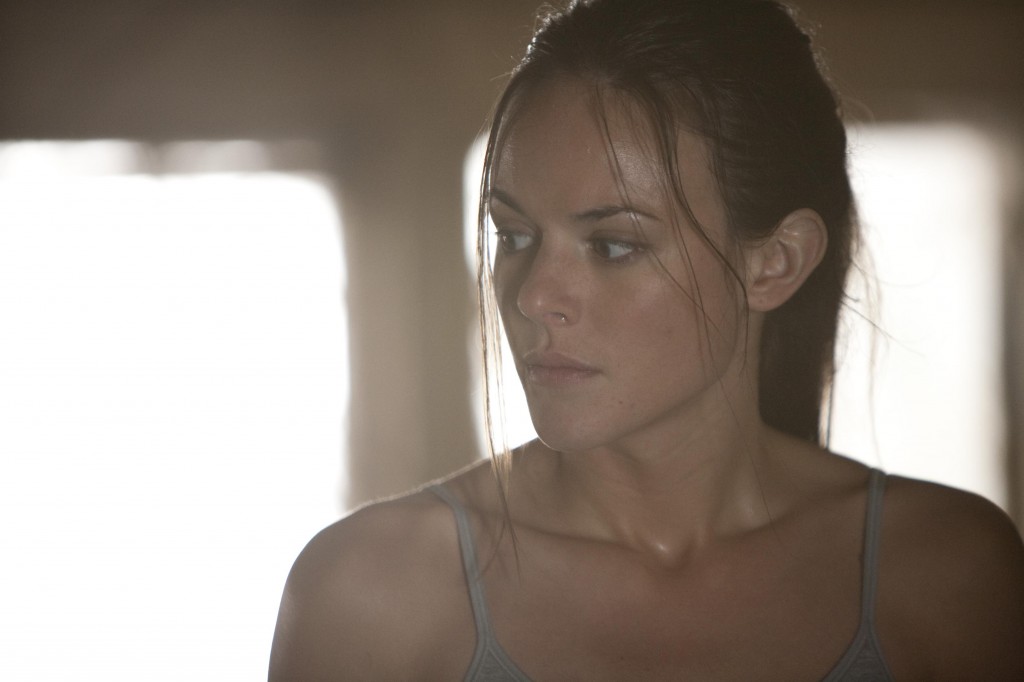 The premise is simple: writer Jennifer (Sarah Butler) is taking time out in a cabin hideaway before she is affronted by a bunch of slack-jawed, disturbed locals who tease, traumatise and eventually rape her. She manages to escape and returns to seek her revenge by murdering her attackers in a variety of elaborate, unpleasant and highly improbable ways.

There are those who will make claims that both Zarchi’s original and Monroe’s remake are trying to say something profound about feminism and gender politics, but those that do are probably on the production company payroll. You may try to read between the lines and look for allegory or meaning, but you would probably get the same results as you would reading through the telephone directory.

If your idea of a hot Saturday night is a bit of rape and torture then the remade I Spit on Your Grave will be right up your alley. As for the rest of the film-loving public, avoid this film like the plague.