Special Feature: In defence of the Coen brothers

In an article published in this weekend’s Guardian Film section, the writer Will Self takes upon himself the job of announcing to readers of that newspaper and the world in general that the Coen brothers just aren’t that good after all. The article not only reeks of cultural elitism and condescension, but Self is too interested in making his point to actually back it up.

It seems that, for all his refusal to use the term, what Will Self really takes issue with in the work of the Coen brothers is the postmodern. He decries the fact that their efforts are “films of films” not “tout court”. He laments that their use of genre is merely “flirting”, as though a commitment to genre would be enough to guarantee the success (in his eyes) of any film. These traits that Self considers symptomatic of the Coens’ flaws are the same traits that critics of film, culture and philosophy have been complaining about for decades. Postmodernity, it seems, is still considered shallow.

In relation to the recently released Coen Western True Grit (2010), Self complains that the film does not comment on the concept of “Manifest Destiny”. Far from being what “all serious westerns are about”, one of Self’s own examples cannot be boiled down to that one idea. I agree (with immense enthusiasm) that Andrew Dominik’s film The Assassination of Jesse James by the Coward Robert Ford (2007) is a wonderful piece of work, but it is far more about the role of mythologising the history of America than Manifest Destiny.

If you plan to respond with the question of why the Coens did not do the same, they already have done it with both Fargo (1995) and O Brother, Where Art Thou? (2000) (surely the relocation of Homer’s The Odyssey to the Depression-struck South of the early Twentieth century must be seen as highlighting the mythologising of even fairly recent American history). 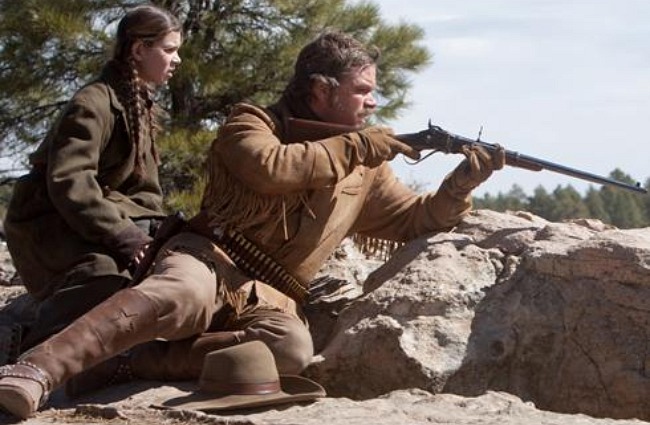 Besides which, if all Westerns are about the same thing, why complain that the Coens decided to do something else with their own entry into the genre canon? Self seems to want it both ways; he wants something true to life, but he also wants the Coens to make the same type of Western that he’s seen, and enjoyed, before.

It must be said that Self’s conclusion on the Coens’ body of work is a testament less to the shallowness of the films than the shallowness of his own analysis. Rather than engaging in any kind of meaningful way with their work, he is content to merely mock an imagined audience consisting of the “upper-middlebrow” and “lower-middlebrow”. After he alludes to the brothers as “only a moderately clever person’s idea of what great American auteurs might be like”, I’m surprised he didn’t co-opt Jean Baudrillard’s terminology and label them “a simulation of great American auteurs”; he’s already paraphrasing Baudrillard’s own writing on the idea of “remakes”.

What is really wrong with the article is Self’s own glee at telling The Guardian’s readers that their opinions are worthless and wrong. Considering how many of his own seem borrowed or stolen from an indiscriminate number of writers on postmodernism, his sentiments appear more than a little hypocritical. Above all, Self seems to have caught himself in the trap of believing that his opinions carry worth above and beyond any intellectual engagement with the actual films.