Why can’t people make decent monster movies? There has been a recent trend towards making really cheap monster movies with ridiculous titles that are high on digital effects and low on pretty much everything else. I first encountered this phenomenon when viewing Mega Shark vs. Giant Octopus (2009); I was expecting to get some tongue-in-cheek laughs from a silly film, but instead got a terrible film that actually appeared to be taking itself seriously.

The subsequent, emergent trend would lead me down a dark path of disappointment, which would make me question my love of the genre. Could the Roger Corman produced, made for SyFy TV movie Sharktopus (2011) be the shining light I’ve been searching for?
The titular Sharktopus is a genetically-created super weapon from bio genetics genius Nathan Sands (played by the bored looking Eric Roberts) which was intended for use by the US Military for aquatic defence purposes. The half-shark/half-octopus hybrid can be controlled remotely by Sands’ daughter Nicole (Sara Malakul Kane). However, when Sharktopus’ control board is broken by a passing boat, the beast is free and causing havoc around Mexico. It’s now up to Nathan, Nicole and the shirt-on-shirt-off “shark expert” Andy Flynn (played by the horrendously bad Kerem Bursin) to stop Sharktopus before it eats every holiday maker with a pulse. 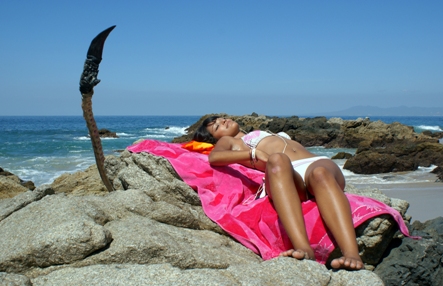 If I was to give Sharktopus any praise, it would be that it doesn’t pussy-foot around its plot set up. Within the first 7 minutes, we are introduced to the beast and witness its escape. Within in the first 7 minutes! What this does mean however is that the other 82 minutes are spent on boring and repetitive set pieces that very quickly lose their appeal.

Essentially, Sharktopus has two modes. One involves Sharktopus killing tourists and the other is people sitting around talking about Sharktopus killing tourists; words cannot describe how quickly this film gets old and tiresome.
The acting on display in Sharktopus is so bad it defies belief. Part of the blame could be put down to the terrible material they are given and another part to the lack of direction given by O’Brien. However, even with a bad script and no direction, they could have still tried. The worst offender is the male lead Kerem Bursin who can’t deliver any line with substance, personality or conviction – he is head-achingly bad. The true highlight however is the under-utilised Ralph Garman – who by far has the best line of the film: “Damn you Sharktopus!”