On Wednesday night we hit the red carpet in London’s Leicester Square for the UK premiere of Zack Snyder’s new epic fantasy flick, Sucker Punch (2011). The event was attended by thousands of die-hard graphic novel fanatics, as well as television reporters, journalists and the occasional face-about-town Alex Zane. Then of course there were the stars: Abbie Cornish, Jena Malone, Vanessa Hudgens, Jamie Cheung and Emily Browing accompanied of course by aforementioned director, one Zack Snyder. Best of all, we were there to catch it all!
When you think of a film premiere you imagine suits, gowns and champagne; this, on the other hand, felt more like a metal concert, with lashings of pyrotechnics and the film’s killer soundtrack blasting out across the square, which included tracks by Bjork, a re-worked version of Tomorrow Never Knows by The Beatles and even has some tracks featuring Emily Browning’s vocal talents. 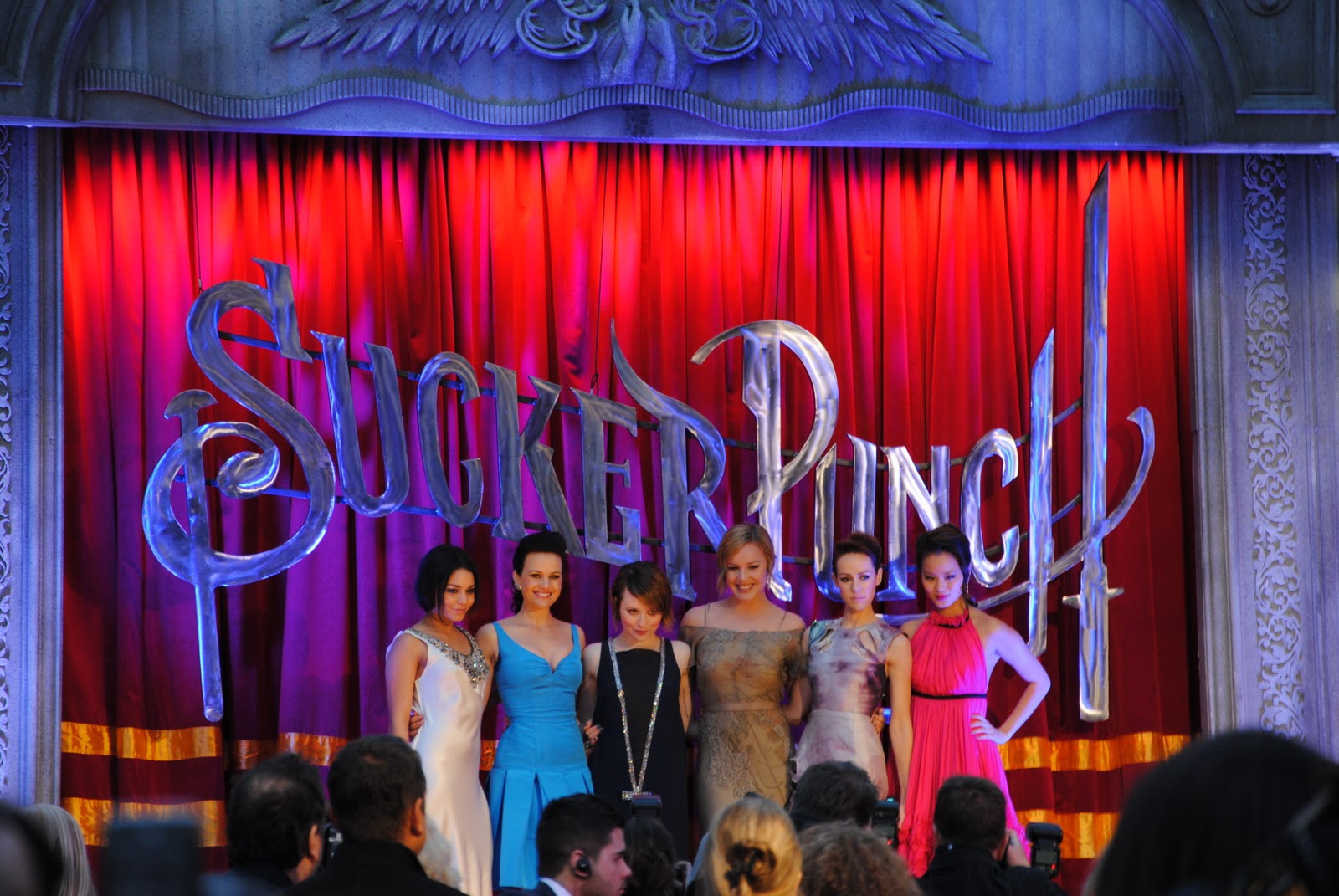 Sucker Punch is all about the female of the species. Featuring a cast comprised almost entirely of the fairer sex (barring one or two supporting roles) behaving in a less than a lady like manner, it showcases some of the hottest young female talent in Hollywood today. We were lucky enough to bend the ear of some of the main cast and wanted to know what sort of female role models it was that inspired them.

Emily Browning (Baby Doll) told us that her main hero was co-star Jena Malone (Rocket) and added that “all of the girls are my heroes actually”, whilst Abbie Cornish (Sweet Pea) told us that her mum was her hero, revealing that: “whilst growing up, my mum competed in Karate tournaments which was really interesting because she is a very artistic, sensitive, wonderful person with a real gentle nature, so to see her involved in such a fierce, animalistic world was amazing and inspiring”. Jamie Chung (Amber) told us that her favourite female action hero was the original La Femme Nikita (1990), director Zack Snyder was playing it safe though, saying “my wife is my only hero!” Wise move! 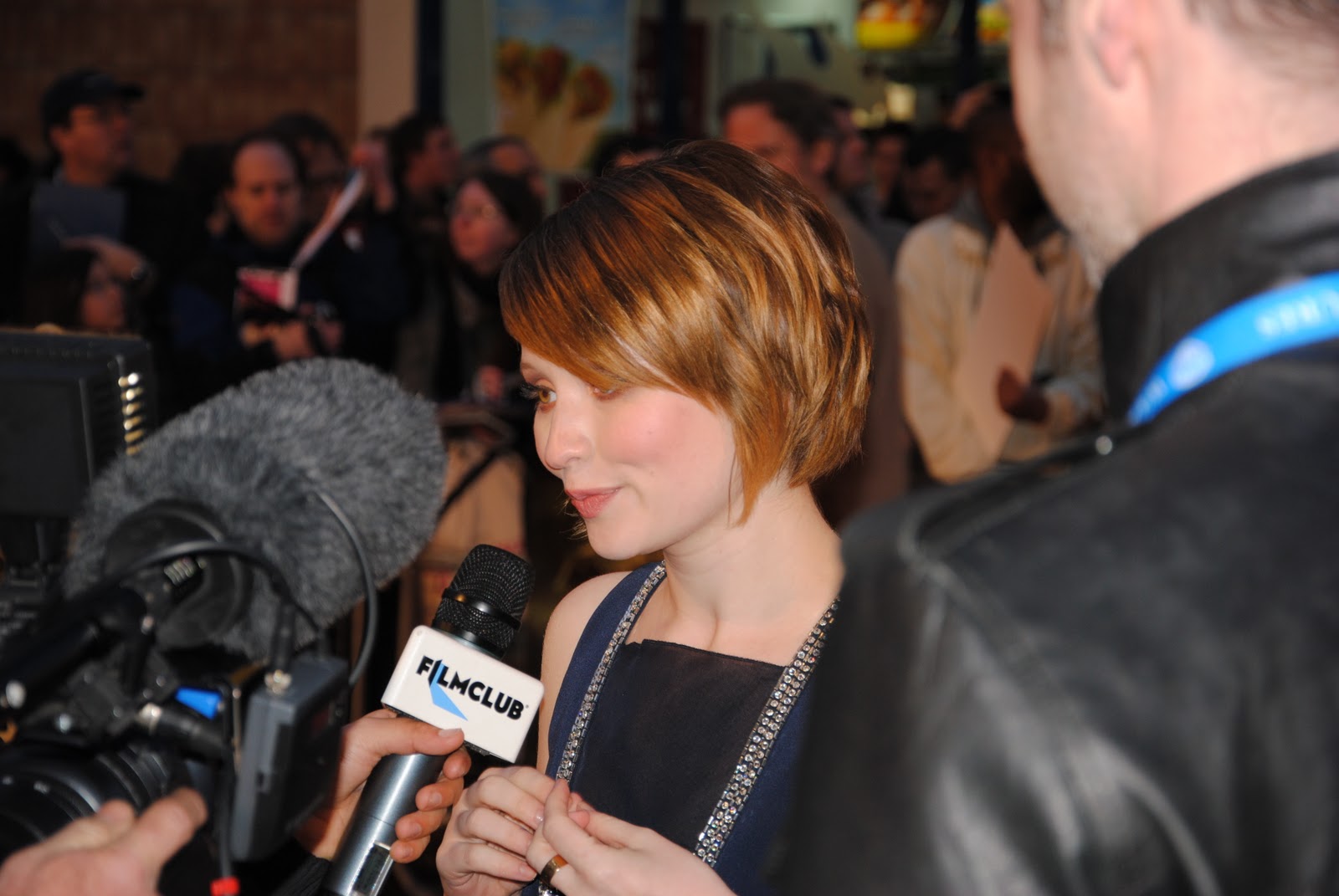 We also asked Zack and the girls what it was like to work with/as part of an all-girl cast. Jamie Chung told us that “it was an honour” and that “she was in awe of the other actors and their intense energy” going on to say that she thought they were “all so strong to work with”. Zack put a lot of thought into his answer, eventually settling for “Awesome!” He also told us that he learnt alot from his cast and “felt inspired by them”, singling out Carla Gugino (Dr Vera Gorski) as one of those he worked closest with.

As far as spectacle goes the promoters spared no expense for this one, with the fire-filled, music led red carpet event setting the tone perfectly for the film’s subsequent premiere: an adrenaline fuelled, testosterone deficient feast of action, cast against a spectacular world of  dragons, samurai warriors, and WWI soldiers.

We at CineVue had a fantastic time meeting the film’s cast and director in person, while spreading the word about our rapidly growing blog to everyone we could meet. For some sneaky shots taken by our very own Joe Walsh please check out the other articles relating to the release of the film.