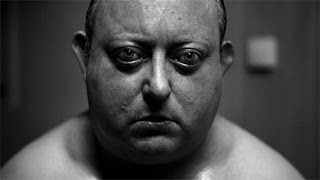 The BBFC has today announced its decision to reject Tom Six’s The Human Centipede II (Full Sequence) (2011) for UK distribution. The eagerly anticipated follow up to the 2009 shock-fest The Human Centipede, the BBFC ruling means that the film cannot legally be supplied anywhere in the UK. Described by the BBFC as a ” spectacle of the total degradation, humiliation, mutilation, torture, and murder”, the story follows a man who becomes sexually obsessed by the idea of a ‘human centipede’ as portrayed in the first film. Bringing his fantasy to life, he decides to kidnap a collection of victims and build his own centipede.

However, whereas the original was more of a tongue in cheek, mad scientist scenario, its sequel transports the bizarre idea into a twisted world of sexual violence so extreme the BBFC fears it may border on ‘obscene’. Judging by some of the sequences described in the BBFC’s press release, it would appear they’re not exaggerating. Early in the film the protagonist is seen masturbating to the original movie with sandpaper wrapped around his johnson – bad enough you’d think – though, later, once he’s assembled his creation, he wraps barbed wire around his cock and proceeds to brutally rape the woman at the back of the centipede. We’re also told of ‘forced defection’, which I’m guessing means he feeds his pet laxatives; in a sequence of human beings rumoured to be twelve long, I hardly want to how disgusting that might be.

The BBFC has even ruled out the possibility of an edited version as ‘the unacceptable content runs throughout the work’. Considering that the infamous Serbian Film (2010) managed to grab an 18 certificate – abeit with four minutes of cuts – one has to wonder just how extreme this film is to have been banned completely. Few films recieve such an accolade these days, with most of those banned being particularly disturbing pornography films that either portray extreme sexual violence or incest.