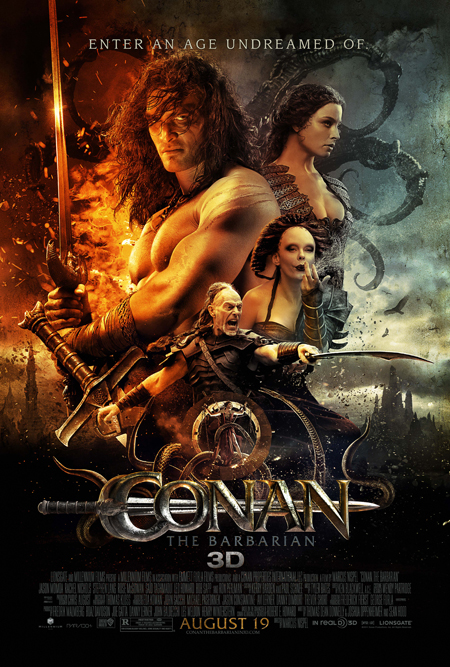 Game of Thrones star Jason Momoa’s rendering of Robert E. Howard’s iconic ‘sword and sorcery’ hero Conan the Barbarian (2011) is lavished with all the snazzy technology of the modern day as he is thrust into finely constructed animated worlds, even fighting computer animated foes. In addition, the 2011 film, directed by Marcus Nispel has been released in 3D highlighting attempts to modernise and rejuvenate the 1982 action classic that featured 80s action hero Arnold Schwarzenegger.

For those who know very little about the character, he is a well known and iconic figure in the American Fantasy genre and was created by Howard in the early parts of last century with the help of illustrator Frank Frazetta to bring the character to life. The Conan stories are usually set in the fictional Hyborian Age just after the destruction of Atlantis and before the rise of the known ancient civilisations like the Cimmerians. This particular tale is also set during these times, but its focus is on the avenging of Conan’s father’s (Ron Perlman) death. 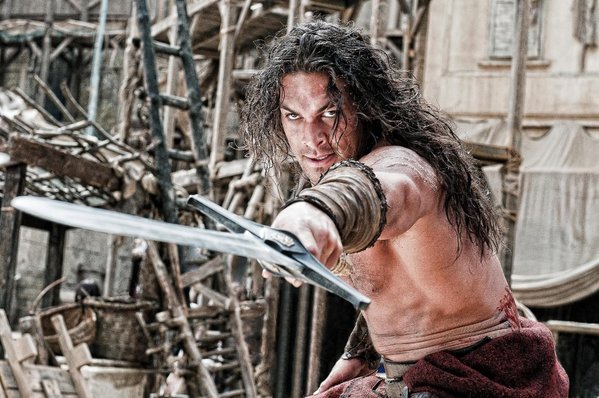 However, with most fantasy action stories the hurdles our hero must overcome increase exponentially with each unfolding scene and Momoa’s Conan is pitted against fantastical, brutish monsters and ridiculously impossible odds – Conan appears to be the last hope for the nations of Hyboria and must fend off the advancing forces of supernatural evil alone, or at least until he meets love interest, Tamara (Rachel Nichols). Fans of the original stories and those who appreciate Frazetta’s original, imagined illustrations of Conan will surely recognise the attempts made by the films director, and crew to evoke the mythology and psychology of Conan’s earliest incantations, captured by well framed shots, mise-en-scène and the exhibitive performance of Momoa.

Like Arnold Schwarzennegger’s Conan, Momoa’s portrayal is at times corny and laughable but that actually makes the film more entertaining for its audience. The fact that Momoa brings obvious elements of his own fun and quirky personality to the role actually makes it a much more enjoyable watch. Many people will recognise Momoa from recent HBO smash hit Game of Thrones, as the animalistic Khal Drogo, and in Conan the Barbarian, Drogo finds a voice as the eponymous protagonist. However, most action heroes are usually more successful when they do not find their voices – Stallone, Statham, Lundgren – and allow their actions to speak for themselves but there are a select few who utilise their lines well enough to bring a self reflexive sense of humour to their part and Momoa does exactly that with Conan.

Upon reflection, it is clear that Momoa’s Conan speaks entirely through his performance, only utilising words here and there for comic relief and to assist the films narrative. However, in support is Avatar’s (2009) Stephen Lang as Conan’s adversary Khalar Zym who provides a strong performance creating Conan’s effectively evil antithesis. Other notable performances come from Leo Howard as young Conan and Rachel Nichols as Tamara. Overall, Conan the Barbarian will never be a film about Oscar-winning, heart rendering performances but it doesn’t sell itself as that. It is 112 minute frenetic rush of energy embodied by the performance of Momoa whose samurai training and choreographed planning of fight scenes has gone a long way to making his Conan a success.

To read our interview with Jason Momoa, star of Conan the Barbarian, simply follow this link.