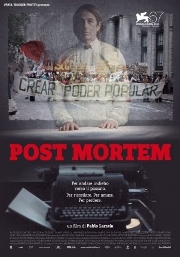 Post Mortem (2010) is a powerful, evocative film from Chilean director Pablo Larraín, with stunning performances from Alfredo Castro, Antonia Zegers and Amparo Noguera. This is Larraín’s second entry (they are not in chronological order) in a trilogy that deals with Chile’s political history, the first film being the fantastic Tony Manero (2008).

Post Mortem focuses on Mario (Castro), who works at the Santiago city morgue typing up autopsy reports. He lives a quite and semi-reclusive life until he meets Nancy (Zegers). Nancy works as a cabaret dancer in a local strip bar, and Mario develops a strong interest in her that borders on the obsessive. As this human story unfolds, a second narrative emerges that deals with the events of the 1973 September revolution in Chile, resulting in the death of Salvador Allende and the rise of General Pinochet. 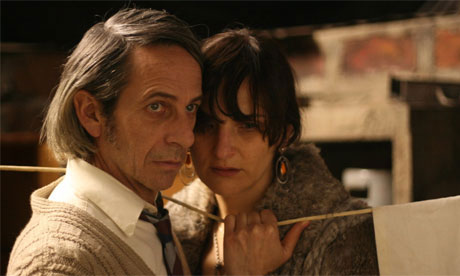 These two stories beautifully compliment each other; there is a near perfect balance of human and political drama. The human aspect is very much a comment on the political ideologies that were fought over during the Cold War. Mario’s idealistic love for a woman, for whom he could never truly be with, is a comment on the rise and fall of communism; the political ideologies were noble in intent, however they lacked rationalism.

Post Mortem doesn’t make for comfortable viewing; Mario is somewhat perverted and disturbing, yet paradoxically noble. His performance in the closing scenes of the film is perhaps one of the most powerful to be seen this year. Despite how uncomfortable this film can potentially make its audience, it achieves that which all arthouse films of a strong calibre aim for – it makes you think. There are times at which the film exaggerates the history for cinematic effect – for example the death toll is shown to be much higher in the film than was historically the case – but this film is not a documentary.

Post Mortem should be seen by both those who have a knowledge of Chile’s past and those who don’t; if you fall into to the latter category, it leaves you wanting to understand more.