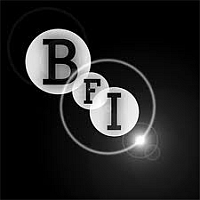 The BFI’s annual box office report, released at the end of last month, indicates a steady growth in admissions and points to the strong performance of British-made films in 2011. The review also details a dramatic wane in the popularity of 3D films over the last twelve months – despite an increase in their production – with a 4% fall in admissions despite an increase of 47 3D films over the previous year’s 28. Not surprisingly, the final installment of the Harry Potter franchise, Harry Potter and the Deathly Hallows: Part 2, makes up the majority of the year’s box office takings, far outstripping the independently produced The King’s Speech and The Inbetweeners Movie.

Simply by walking past your nearest multiplex cinema, it’s easy to see just how many sequels and franchises fill their screens – of the highest grossing films in the UK during 2011, 12 of the top 20 are installments of various series. The likes of Lars von Trier’s Melancholia and Terrence Malick’s The Tree of Life are never going to be the kind of films to top box office takings, but it’s still disappointing to see only Darren Aronofsky’s star-driven Black Swan, sitting at a lowly 19th, carrying the flag for conceptual, ideas-based cinema. 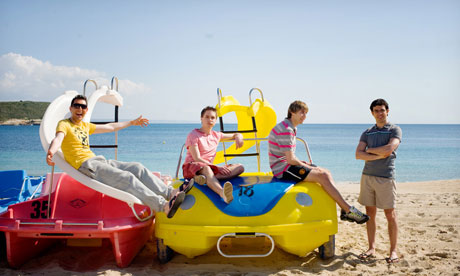 Interestingly, a similar table for the top grossing independent UK films shows far greater success for original features. Lynne Ramsay’s We Need to Talk About Kevin, Peter Mullan’s Neds and Tomas Alfredson’s Tinker Tailor Soldier Spy make up a list of strong films that did well in promoting British-made cinema, and shows the increasing strength of the industry over the last year. As expected, The King’s Speech sits high on its throne, closely followed by the hugely successful The Inbetweeners Movie.

What both tables do show is an incredibly optimistic future ahead for UK cinema, revealing that independent British films have taken their highest market share since records began. When it comes to funding and financial support from the government, these statistics will go a long way in convincing moneymen that the UK film industry is worth investing in.

3D films, on the other hand, fared less well than anticipated with a dramatic drop in attendance (4%) despite an increased slew being released over the year. Take Harry Potter out of the equation and the figures look even worse – films such as Arthur Christmas and Kung Fu Panda 2 took less than half their earnings in 3D, despite being well distributed in the format. By public vote, the vast majority seem to prefer the established 2D format. Although the figures hardly land a death blow for the new technology, it seems that most see it as an enjoyable gimmick and – having seen one or two films in the format – are turning back to 2D.

Financially, 2011-2012 was a very successful year for UK cinema but mainly down to a few unanticipated hits and a World Cup-free summer. The tables certainly make the independent film market seem a difficult and unpredictable one to work within, but when looking at the films produced over the last year and the successes they can/have had, it’s a market that should (hopefully) grow sooner rather than later.

A PDF copy of the report can be viewed/downloaded here bfi.org.uk/filmtvinfo/stats