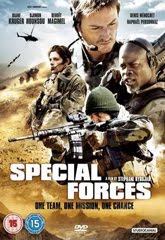 Also starring Djimon Hounsou and Benoît Magimel, Special Forces may weigh in with a heavy action focus but manages to avoid many of the clichés war films fall foul of. Both Afghanistan and Pakistan’s expansive landscapes are skilfully captured by some beautiful cinematography, with earthy tones punctuated by piercing aqua tones to further accentuate the sprawling shots. This vastness helps convey the density of the military conflict; the insignificance individual units represent in the grand scheme of war, despite their incredible personal sacrifices. 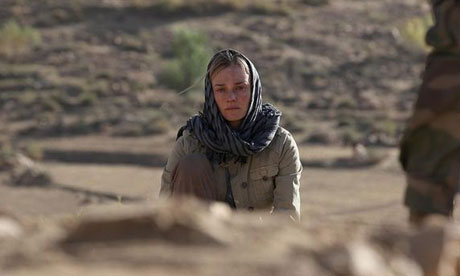 The film’s fast-paced start features sporadic dialogue and flits from the unit to the politicians in France, and then onto the aircraft carriers and military bases. The soldiers may be seen as the face of the War on Terror, but Rybojad demonstrates just how far-removed the policy makers are from the violence and hostility on the ground.

After witnessing innocent local communities becoming victims of the conflict, the unit set aside their impartiality directive and intervene to defend a local village. The unit, increasingly outnumbered remain dedicated to their mission in contrast to the conflicted Taliban leader whose unbelievable wavering is the only distraction in what is otherwise a remarkable story of survival in arduous circumstances.

Whatever your stance on the continuing conflict in Afghanistan, Special Forces offers a unique perspective on the people and the sacrifice behind military operations. Without judgement, the soldiers undertake their objectives, with one recruit even stating that “politics in not a concern of ours”.

As the mission progresses, the pace slows somewhat and the direction neatly follows suit by centralising the characters and allowing space to explore some of the issues at play. The introduction of a romantic element might appear contrived, but ultimately creates space for a poignant ending. Despite its political context and action genre overtones, Special Forces develops into an engaging survival story of devotion and solidarity.