The BFI’s new rerelease of the late British director Ken Russell’s highly controversial 1971 demonic masterpiece The Devils on DVD is a must have for any film fanatic; not only a great film in its own right, but also the finest example of the cult director’s impressively anarchic oeuvre, starring acting icons Vanessa Redgrave and Oliver Reed.

In 17th century France, Cardinal Richelieu (Christopher Logue) has the ear of King Louis XIII (Graham Armitage) and is attempting to restore Catholic power through his appeal to the monarch to strip all towns of their fortifications. The religiously liberal town of Loudon tolerates both Protestant and Catholic practices, and is headed up by town governor Urbain Grandier (Reed). The town is gripped with religious fervour when the nuns at the local convent become sexually obsessed with Grandier and as tensions and jealousy rise, Grandier is accused of unholy acts and is charged with consorting with the Devil. 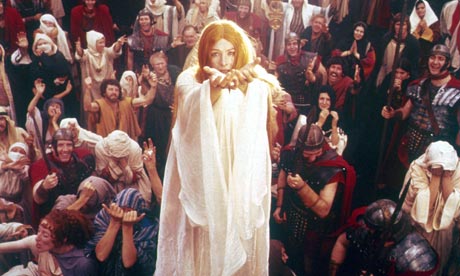 With a film such as this, one can easily get caught up in the quasi-mythological status it has among film lovers and critics, and miss why it is actually such an unmissable piece. Upon its original release in 1971, The Devils met with a massive amount of controversy and received an X certificate for its controversial portrayal of religious fanaticism and explicit sex. There have been several versions of the film, but as Mark Kermode states in the DVD’s introduction, this is the longest version to date.

Russell’s ability to capture the religious fanaticism of the period, whilst making the film distinctly modern in the set designs, is impressive. Aside from the skill that pervades the movie, it is ultimately the message that the film expertly tells that gives The Devils its real power and importance. The story of state-endorsed violence is as potent now as it was in both the historical period and the 1970s when it was released. In 17th century France it was religious differences that created the flash point (although ideology is the greater culprit) – a story not so unfamiliar today.

Russell’s finest film superbly engages with very real and troubling issues in a complex, well-crafted and disturbing manner – The Devils is, and will always remain, a cinematic British masterpiece.