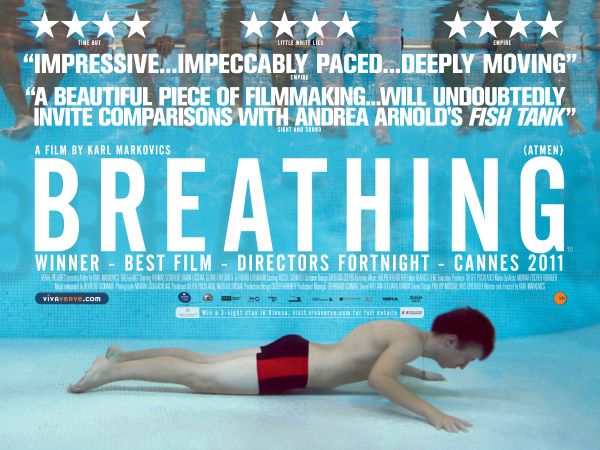 Austrian actor Karl Markovics (best known to UK audiences for his starring role in 2007 Academy Award winner The Counterfeiters) has stepped behind the camera to make his debut feature film Breathing (Atmen, 2011), and in the process has created one of this year’s most heartfelt and moving films.

Roman Kogler (Thomas Schubert) is a nineteen year old boy who’s spent the last five years in a juvenile detention centre. He’ll soon be up for parole but will only attain his freedom if he can prove himself in the outside world by successfully holding down a job – a task that’s impeded by Roman’s powerful sense of guilt which, coupled with the devastating effects evoked by his mother’s abandonment, leaves him struggling to reintegrate into society. However, a job opportunity working in a morgue slowly begins to help Roman find his way back towards the real world – that is until he’s confronted with the body of a woman who bares the same surname as him, leading this wayward adolescent on an emotional journey to find his mother whilst simultaneously allowing him to truly understand his guilt. 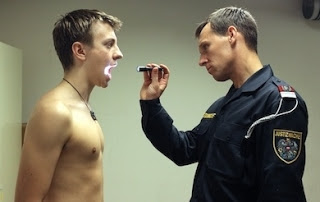 Breathing is beautifully constructed using a collection of rousing wide angle shots and bleak, washed-out tones to evoke an almost agoraphobic reaction from its audience – perfectly mirroring Roman’s difficulty readjusting to life outside of his prison walls. The subtle, yet evocative symbolism used to differentiate between the two very diverse, yet strangely similar worlds Roman inhabits present him as a fish out of water – ostensibly unfamiliar with his surroundings, like a wraith-like presence seemingly imprisoned in his own guilt riddled mind.

This calculated approach allows the film’s rich imagery to do the talking, perfectly portraying Roman’s static existence whilst leaving the audience to fill in the gaps concerning his turbulent past. Roman’s secretive manner coupled with his undisclosed crime builds an electrifying degree of intrigue, with the film’s script offering up sufficient enough information to keep us constantly riveted. Left to advance organically, Breathing’s languid pace only truly becomes noticeable during the rather misguided search for Roman’s mother – a disappointingly jarring digression that doesn’t seem consistent with what precedes it and sadly pulls us away from the fascinatingly natural growth of the film’s mesmerising protagonist.

Schubert handles the meaty subject matter of his role with aplomb and his incredibly assured performance negates his tender age. Combine this with Markovics’ delicate and thoughtful direction and you have a thoroughly intriguing drama which subtly gets under the skin, successfully thrusting the viewing into Breathing’s incredibly sterile and detached outlook on life.

Breathing manages to fashion a gripping and uplifting morality tale from its juxtaposed environments despite both being shrouded in a morbid ambiance of resigned hope. However, behind the film’s copious themes and social criticisms lies an intoxicating appreciation of life as a fragile and delicate gift which can so often be taken for granted.