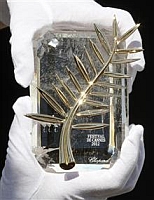 As the 65th edition of the Cannes Film Festival draws to a close, predictions are rife about who will win the prestigious Palme d’Or prize, amongst a host of other awards on offer. The field is packed full of former winners (Haneke, Loach, Mungiu and Kiarostami) and each of these all have good claims on the cherished ‘Best Film’ moniker. Michael Haneke’s Amour (Love) has been widely acknowledged as one of the Austrian director’s finest films – Emmanuelle Riva also deserves the Best Actress nod – but having won so recently with The White Ribbon (2009), the jury might be content with awarding either of the leads with an acting reward.

Romanian director Christian Mungiu’s Beyond the Hills has emerged as a critical favourite, but left some cold. Mungiu is to festivals what Michael Bay is to Hollywood action movies, conforming to all the critical predilections of ‘serious cinema’. His latest isn’t a bad film by any stretch of the imaginations, but it predictably ticks the boxes for the kind of film which is beloved of festival programmers – and roundly unwatched by the majority of audiences. 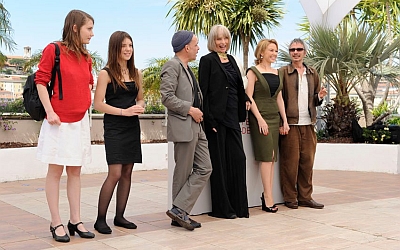 Ukrainian director Sergei Loznitsa’s In the Fog was similarly compliant to the prevalent mode of European arthouse, but was a degree more substantial and its sombreness gradually wins you over. Leos Carax’s return to feature film direction, the bonkers Holy Motors, gave us one of the most imaginative films of the festival but divided critics so thoroughly that it wouldn’t be a surprise if it divided the jury equally effectively. However, lead actor Denis Lavant gives such a diverse and rich performance that a Best Actor award would not only be uncontroversial, but well-deserved.

Of the Hollywood entrants, Jeff Nichols’ Mud (which screened too late for some critics, including us) seems to be a contender for some recognition. Recession mob thriller Killing Them Softly is similarly a sturdy piece of work from Andrew Dominik, but the rest of the US competition films might have to find consolation among next year’s Oscar nominations.

Further English language hopefuls such as David Cronenberg’s Cosmopolis, Walter Salles’ On the Road, John Hillcoat’s Lawless and Lee Daniels’ The Paperboy were all unusually dull films, literary adaptations with perhaps too much respect for their source material and not enough trust in the possibilities of their own form. On the Road is particularly guilty of this, with the writing of Jack Kerouac’s book appearing to be the only real reason for the story.

The winners of the Un Certain Regard strand, with a jury headed up by British actor Tim Roth, have already been announced, with Michel Franco’s After Lucia (Después de Lucía) taking the top award. The Special Jury Prize went to Benoît Delépine and Gustave de Kervern’s humorous Le Grand Soir, which also snapped up the Palm Dog for its canine cast member. In addition, both Suzanne Clément and Emile Dequenne shared the Best Actress award for their respective turns in Xavier Dolan’s Laurence Anyways and Joachim Lafosse’s Loving Without Reason.

Our Cannes prize winners would be: