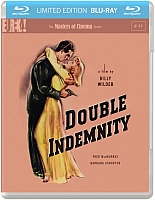 A host of razor-sharp one-liners saturate this Raymond Chandler-penned film noir classic, directed by perhaps the greatest American director to have ever lived, Billy Wilder. His 1944 morally-corrupt thriller Double Indemnity has all molls, greed and whiskey-soaked nihilism one could hope from a classic noir, complete with two knockout central performance from Fred ‘straight down the line’ MacMurray and iconic femme fatale Barbara Stanwyck. Slimy Los Angeles insurance salesman Walter Neff (Wilder regular MacMurray) meets his match when he runs into the unhappily-married Mrs. Dietrichson (Stanwyck). 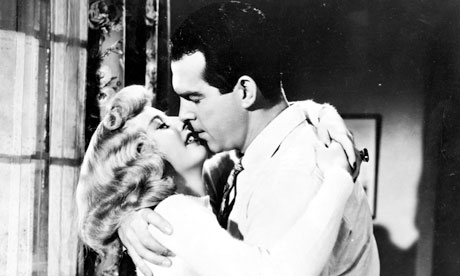 Chained to an abusive, alcoholic oil tycoon and forced to play happy families with his spoilt daughter, Dietrichson is seemingly in a hurry to secure a hefty life insurance payout should her beloved fall foul to a fatal accident. Neff quickly smells a rat, but quickly becomes ensnared in a very real game of life and death. Wilder is a master of sculpting atmosphere and tone, a talent that has earned him the praise and recognition from audiences, critics and fellow filmmakers across the world – particularly the continent. With  Double Indemnity, the American auteur creates a stale, tawdry, perfume-permeated vision of LA, whose very moral fibres are frayed beyond repair.

Though perhaps falling just short of the unassailable Bogart/Bacall one-two of Howard Hawks’ The Big Sleep (1946), MacMurray and Stanwyck are an intoxicating screen pairing, never entirely sure of the others’ suspect motives until it’s all too late. Much like Bacall’s character, Stanwyck’s Dietrichson fights tirelessly against male oppression (with ultimately murderous consequences), whilst Neff’s narcissistic streak and willingness to believe his own press leads him blindly on a destructive road to ruin – despite the sage advice of company claims-advisor Barton Keyes (Edward G. Robinson).

Crucially, the entire film plays out as a cinematic ‘You told me so’ from an 11-year rookie to the unprecedented insurance grandmaster, Keyes. Neff’s decent into cold-blooded, calculated murder is swift and reptilian, his confession a mere formality. Yet again, Wilder uses genre to magnificent effect, assuring seven-time Oscar nominee Double Indemnity a place in the pantheons of classic Hollywood cinema – and timely high definition Blu-ray restorations.