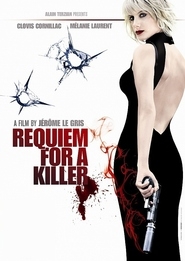 While she certainly kicked ass as a fearsome femme fatale in Quentin Tarantino’s Inglourious Basterds (2009), French actress Mélanie Laurent has always seemed more comfortable in dramatic fare like The Concert and Beginners, especially when faced with thrillers as cliché-added and generic as Requiem for a Killer (2011). Though she admirably acquits herself in the lead role, Jérôme Le Gris’ film – sumptuously shot though it is – lazily rehashes previous girl-with-a-gun narratives. If there is anything to praise here, it would be that Gris ensures his characters bolt right out of the gate from the first few moments. 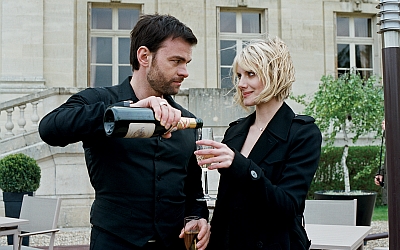 The first scene introduces us to beautiful assassin Lucrèce (Laurent) in the middle of an assignment, a carefully-planned death-by-poison involving a tampered-with wafer at a church mass. However, when it ends up in the hands of the wrong person, she is forced to intercede, in what is a markedly tense exchange, if regrettably not indicative of what the rest of the picture has to offer. Compared to this scene, most set-pieces feel limp and devoid of atmosphere. Lucrèce is next tasked with masquerading as an opera singer and ‘taking care’ of a baritone named Alexander Child (Christopher Stills), a man blocking the money-train for a shady oil company. She, however, comes from the ‘one last job’ school of assassins.

Lucrèce also hopes to rekindle a relationship with her distant daughter once this particular job is over. Of course, her lifestyle has other plans and she has to contend with both a cop, Rico (Clovis Cornillac), posing as part of the orchestra, as well as a hidden assassin who is ordered to kill Lucrèce herself. And yet, while Laurent brings a certain credibility to the role it probably doesn’t deserve, even she can do little but tread water here, as thin characterisation makes it difficult for us to care about her mission or her plight.

Act two of the film does provide a few quietly sinister exchanges as well as a promising hunt for the sight-unseen second assassin. Mystery builds, and there are a few unexpected twists, but again flat characters make us feel utterly indifferent about the body count, which ratchets up considerably at the tail-end. Requiem for a Killer has the constituent elements needed for a strong thriller, but unfortunately director Gris fails to shape them into anything more substantial than an uneasy rehash of Luc Besson’s Nikita period output.