In 2007, Jon Sanders and Nora Hoppe wrote The Belgrade Manifesto, lamenting the stagnation of cinematic language and encouraging other directors to embrace the digital revolution. This all sounds exciting and with filmmakers such as Aki Kaurismäki, Gareth Evans, and Alexander Sokurov signing it, one would think it would be. It’s a shame then, that Sanders’ latest film, Late September (2012), can really only be praised for the fact he went out and made it on a tight schedule and budget.

Based on a scenario devised by Sanders and his leading actress Anna Mottram, Late September purports to be an examination of a middle-aged married couple, Gillian (Mottram) and Ken (Richard Vanstone) whose marital difficulties come to a head during Ken’s 65th birthday celebrations. With a disregard for story, the film is more of a character piece with all of the scenes improvised by the cast. Whilst this can allow actors to be considerably more natural, good actors are not necessarily good improvisers and there are many awkward moments here where the cast seem to be searching for what to say next. Instead of lending the proceedings a more realistic tone, its serves instead to make the film feel more amateurish. 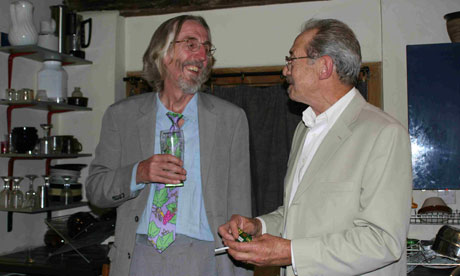 Such problems are compounded by the filmmakers’ insistence on using only natural light and in shooting entire scenes in one take. This may be down to the ultra-tight schedule (apparently on 24 hours for the lot) but the poor cinematography makes the footage seem unprofessional and any good moments of performance are hamstrung by the camera panning away or boredom setting in. The conditions are at their most intrusive when the two most emotionally charged scenes – the final confrontation between Gillian and Ken and a awkward post-coital moment between two other characters – are shot in the dark with no attempt to light the actors.

One top of all of issues with framing, lighting and performance, Late September is also problematic in that its attempts to dissect relationships are ham-fisted and at times utterly bewildering. The multiple characters are all at different points in vastly differing relationships and instead of allowing us to glimpse at the struggles behind a whole host of characters different romantic entanglements it means that we only have time to scratch the surface and this is not always done terribly well.

Hats must go off to Sanders for managing to get Late September made the way that he did, but regrettably, despite a few nicely observed moments the final product does nothing to live up to the high goals and aims of his filmmakers manifesto. Dud performances and a lack of depth mean that all the interesting camerawork and sound design in the world would not save the film; perhaps its lucky then that those were not employed either.