Hoping to capitalise on the success of a well-received 19th Raindance Film Festival back in 2011, the much-celebrated film furore celebrates its 20th year with a programme brimming with over 100 features and 138 shorts ( including 64 UK Premieres and 19 World Premieres). Taking place from 26 September to 7 October, Raindance 2012 returns to its annual home at the Apollo Cinema in Piccadilly Circus, and will open with Adrián García Bogliano’s Here Comes the Devil – a powerful fantasy horror from Mexico.

This year’s festival showcases a rich selection of style and tone, offering a celebration of the wonderful diversity that Raindance continually manages to provide. With features like Rob Grant’s Mon Ami (described as “Fargo meets Dumb and Dumber in a horror movie”) the World Premiere of Rudol Buitendach’s Dark Hearts, Rob Savage’s debut Strings (preview here) and Germany’s Heavy Girls (an ultra-low budget movie about love and dementia) all on the bill, the 2012 lineup feels like a perfect example of the ability of the Raindance organisers to source unique, challenging yet ultimately entertaining movies. 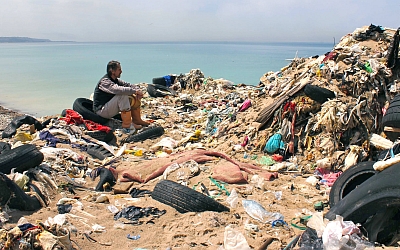 On top of the fantastic features offered by Raindance, the festival continues its exemplary track record for delivering fresh , intriguing and edgy documentary film with a bill that includes ‘green’ documentary Trashed, for which legendary actor Jeremy Irons and composer Vangelis will be in attendance; award-winning documentary Hidden Hand, which examines the phenomena surrounding UFOs, alien abduction and the US secret military cover-up of supposed ‘E.T.’ contact, and Zero Killed, a film which terrains the dangerous territory of people and the darkest of fantasies – murder.

If that’s not enough, there are three films with a sole focus on dance, including Love Tomorrow from the Ballet Boyz, documentary Over my Dead Body and Danish feature Ballroom Dancer, as well as an extensive shorts programme that includes some of the biggest names in Hollywood. Charlotte Rampling will be appearing in The End; Malcolm McDowell in No Rest for the Wicked; Diana Hardcastle and Henry Goodman in Wonder, and Nick Moran in 82.

The fantastic line-up displays how the festival is still a real highlight of the film calendar. Raindance founder Elliot Grove points out how 20 years since the festival’s inception “the independent film spirit is stronger than ever”, and that “this year’s collection of outstanding films proves that despite the difficult international economic climate, independent filmmakers continue to amaze, impress and entertain.” Raindance is in safe, capable and passionate hands, with its future looking particularly bright, starting this month with the 20th anniversary of the annual extravaganza.