Arriving as the British capital revels in the wake of the 2012 Cultural Olympiad, Julien Temple’s London: The Modern Babylon is perhaps the celebrated filmmaker’s magnum opus, a documentary that laboriously studies, contextualises and essays the boundless national dexterity of London and its stance as a city of vibrant multiculturalism. The film tells the story of London’s epic journey through 100 years of cultural highs and damaging lows as the city bounds from upheaval and societal unrest to reinvention, constantly renewing itself to remain a universally acknowledged hub of diverse civilisation.

Exceptionally edited by Caroline Richards, Temple’s film is a remarkable feat of technical ingenuity and intellectual perceptiveness that exemplifies the director’s clear fascinations with this multifaceted location. Although working under a 128-minute runtime, Temple makes a remarkable effort in covering as much ground whilst bridging the gap between the aged Victorian era (with clips borrowed from Harry B. Parkinson and Frank Miller’s Wonderful London series, newly restored by the BFI) and more recent events such as the London riots and Olympic Games it so gloriously hosted this summer. 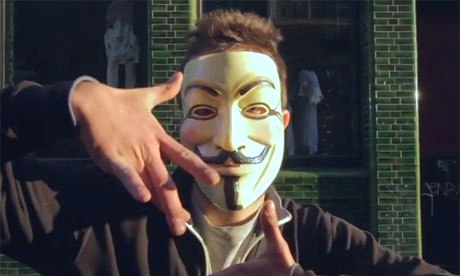 Temple begins The Modern Babylon at the birth of cinema itself, working upwards in a broadly chronological way and utilising film clips and imagery to underscore the thoughts and messages he is attempting to depict. This is, therefore, as much a history of London as that of the moving image due to the expanse of material Temple uses to the film’s advantage – from 35mm footage to VHS and Mini DV to HD and digital footage – which all offer insight and prescient commentary for the specific moment in time. Along with the music that soundtracks the film throughout, the representation of each format both evokes the period and foregrounds London’s gradual explosion into vibrant multinational colour.

Despite the numerous hardships and trials that the nation’s capital has endured over the decades, The Modern Babylon remains a heart-warming and hopeful visual ode. In the face of the devastation brought about by two World Wars (along with its raunchy underbelly), the 1936 Battle of Cable Street, looming threats of homelessness and what iconic actor Michael Caine believes is a total lack of moral fibre in the 60s due to the loss of the once exclusive British Empire, and air of optimistic resolution permeates throughout.

Though The Modern Babylon ends by detailing the level of need that fuelled the 2011 riots and the punishing current economical climate, what is highlighted is how London moved on from its all-white origins into what it is now known for: a city rife with ethnic diversity which is seen as the lifeboat of the city and the country at large. If London is seen as the gateway to the world, then Julien Temple’s marvellous compendium does a sterling job of commemorating is as a timeless city.