Rarely do films about writers/writing successfully capture the creative process. However, married directorial duo Jonathan Dayton and Valerie Faris manage to hit the nail on the head with Ruby Sparks (2012), a magical romance with a perfectly-pitched level of quirky humour. Paul Dano stars as the socially awkward Calvin, an author who has never managed to repeat the success of the novel he published whilst in his late teens. Plagued with writer’s block and a sleazy agent (Steve Coogan), Calvin finds comfort in his therapist (Elliot Gould), to whom he unloads his woes whilst hugging a teddy bear.

In an attempt to break free of any writer’s worst nightmare, Calvin imagines the perfect woman – Ruby (Zoe Kazan) – an unpredictable, freethinking spirit with a passion for life. In a surreal turn of events, our protagonist awakes to find Ruby living in his flat. Calvin goes on to discovers that whatever he writes about Ruby happens, however whimsical the desire – be it to babble in perfect French, or to dote on him unconditionally. But as anyone who has been in a relationship knows, there may well be no such thing as the ‘perfect partner’. 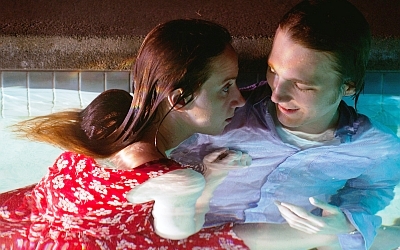 As an American indie, Ruby Sparks strikes just the right note at almost every turn, providing a near-perfect balance of kooky, anomalous humour with surprisingly dark drama. The high quality of both Dano and Kazan’s performances immediately capture the warped emotional tone of their uncanny relationship. Kazan deftly moves through the shifting nature of Ruby, climaxing in a tremendously sinister scene where she gallops through varying actions and emotions at a frightening pace, whilst Dano impresses as the cloddish, emotionally-stunted Calvin.

There are attempts to provide reasons for Calvin’s social fumblings in an unsuccessful and structurally redundant set of scenes set in the home of his New Age stepfather (Antonio Banderas) and hippy mother (Academy Award nominee Annette Bening). Unfortunately, this is the one and only moment where the plot markedly falls into baggy territory, and the film – in truth – would have certainly benefited from leaving it out.

Scriptwriter/star Kazan, along with Little Miss Sunshine (2006) directors Dayton and Faris, have dissected the mind of a young (slightly more neurotic, but not much) Woody Allen and allowed their imaginations to run to the most surreal, dark recesses of their minds and then reassembled it into a romantic comedy stripped of tiresome clichés. Fresh, comical and at points darkly warped, Ruby Sparks zips along thanks to quality writing and odd-ball performances – Kazan, in particular, looks set for a very bright future indeed.