Since its completion a couple of years ago, Norwegian comedy-drama Happy, Happy (Sykt Iykkelig, 2010) has gone on to scoop the Grand Jury Prize for world cinema at the 2011 Sundance Film Festival and be its country’s official selection for the 84th Academy Awards. Receiving acclaim wherever it travels, Anne Sewitsky’s debut feature is now pitching its lavvu outside UK cinemas. Its bed-hopping characters do provide light relief but at its core are two difficult, complex and honestly depicted relationships. Both couples have seemingly papered over the cracks, or are attempting to, and in meeting one another these expand into gaping chasms.

Kaja (Agnes Kittelsen) is happy, chipper and upbeat. She loves her job as a teacher, and there is nothing more important to her than her family. This consists of her disinterested husband, Eirik (Joachim Rafaelsen), and young son, who regularly team-up to torment her. Her constant smile gets a real work-out, however, when a new couple, Sigve (Henrik Rafaelsen) and Elisabeth (Maibritt Saerens) arrive to rent the property next door for Christmas. 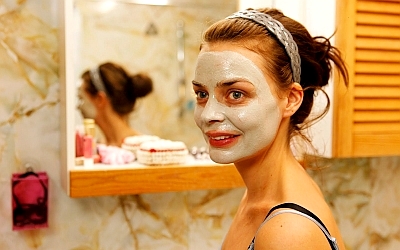 This new duo appeal to Kaja’s ideals: smart; beautiful; they sing in a choir; they have an adopted son from an unspecified African country. From Kaja’s own tongue, they’re “perfect”. But of course, they are not; and their arrival causes tensions in Eirik and Kaja’s relationship to rise to the surface. Eirik is a confused man and as such, he and Kaja no longer have any kind of a physical relationship; this is made patently clear with a scene in which he brutally rejects her advances. Sigve and Elisabeth are on their retreat in an attempt to regroup after infidelity and although Elisabeth is disdainful of the rural setting, Sigve, in particular, becomes the catalyst for the troubles next door.

Happy, Happy has all the makings of a searing relationship drama with lashings of satirical humour for good measure, but whilst it isn’t necessarily in the business of going for big laughs it does feel altogether too gentle. It presents an honest depiction of two couples struggling in their relationships but provides an incongruously sentimental finale. There are also moments and motifs, that feel like they could take the film to an altogether edgier place but never do. This is particularly the case with a forgotten subplot between the two sons which hints at racism and violence but totally fades into nothing.

Still, Happy, Happy remains an engaging piece which has good performances from all its leads and is solidly directed by the débutante. It’s gentle, awkward humour means that it can easily be enjoyed by audiences as an intriguing and ultimately light comedy-drama. It is just perhaps something of a shame that it did not go on to explore a few of the more interesting dramatic elements that it managed to conjured up.