Film Review: ‘The House I Live In’

Sundance favourite Eugene Jarecki tackles America’s ‘War on Drugs’ this week in his latest doc The House I Live In (2012), a sobering look into the plague of narcotics currently afflicting every one of the 50 US states. More interesting still, Jarecki seeks to ground his latest exposé in his own personal experiences, framing the piece with a look into the impact that drugs (and the decades of police raids and arrests) have had on his childhood friend Nannie Jeter and her immediate family. With 25% of the world’s prisoner population now housed in North America, the issue certainly seems to have reached a head.

For over forty years, tracing all the way back to President Nixon’s sophomore term in the Oval Office, America has waged a violent and destructive war on not only the cartels and drug dealers, but also their often impoverished customers. Approximately 45 million arrests have been made in this time, yet the problem remains as prevalent as ever. When Americans are asked by Jarecki about this invisible ‘War on Drugs’, the majority respond with ignorance, whilst others wrongly point to the current conflicts raging on the foreign soils of the Middle East. So what can be done about this increasingly deadly epidemic? 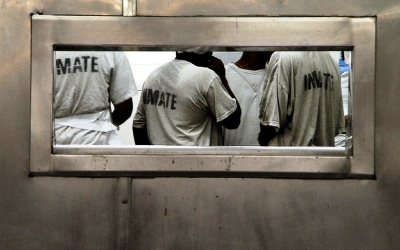 With The House I Live In, Jarecki has admirably attempted to launch an all-encompassing exploration into the heart of this highly controversial matter, seeking to talk to the families affected at ground level whilst at the same time providing a podium for academics and specialists to put forward their own theories on how things got so bad, so quickly. For the most part, this approach retains its balance, with HBO’s The Wire creator and investigative journalist David Simon and US-Mexico border correspondent Charles Bowden providing a number of evocative and insightful anecdotes and think-pieces.

Despite presenting clean and precise analysis for the most part, Jarecki does stumble into simplistic didactic at several points in the film. The Why We Fight (2006) director does also appear to pander to his subjects when perhaps a more neutral, critical approach would have best suited. There seems to be little doubt that substance abuse has become one of the most significant issues facing the newly elected Obama administration, but in certain instances, Jarecki doesn’t seem to be able to make up his own mind about which factors have been most prominent in this steady downturn.

With a tighter focus and a harder edge, The House I Live In could have been one of this year’s most compelling documentaries. As it is, Jarecki’s latest remains and admirable endeavour (with high profile backing from the likes of Hollywood stars Danny Glover and Brad Pitt), yet falls disappointingly short of unearthing anything truly revelatory about either the drug trade or those hardest hit.