Don McCullin entered the public consciousness with his memorable photo of a North London gang, standing defiantly amidst a dilapidated building. That was his very first published photograph, displayed by The Observer in 1958, and is where the aptly-titled documentary, McCullin (2012), jumps off. Directed by David and Jacqui Morris, this is no mere exercise in eulogy by a variety of talking heads, as may well be expected. Instead, the film provides a journey through the life and work of one of the world’s most fascinating and revered photographers guided by the man himself. Luckily, he proves an absolutely enthralling chaperon. 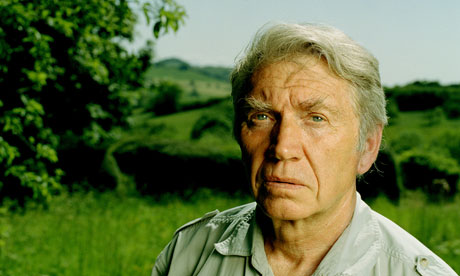 Concentrating largely on the eighteen years for which he worked at the Sunday Times Magazine as a foreign correspondent, McCullin gives an eloquent account of his own much-travelled career. His time saw him frequenting all manner of geopolitical hotbeds taking in disasters both natural and anthropogenic; he ultimately made his name in war photography. His globe-trotting has taken him from Egypt to Kenya, Berlin to Cyprus, and most famously to war zones in Biafra, Northern Island and, naturally, Vietnam.

McCullin’s trip to the Berlin in 1960 – as the wall was constructed – was done off his own back despite his employers’ indifference, and marks an early example of his uncanny ability to sniff out provocative material. An adventurous trip to the Congo saw him bluff his way onto a plane masquerading as a mercenary and he has done over a dozen trips to Vietnam. A turning point came whilst covering the Biafran conflict in the late 1960s; a particularly sobering moment in a makeshift hospital full of children. This changed McCullin’s perceptions about what his photography should achieve and he has clearly spent much of the last forty years ruminating on the moral complexities of taking photographs in such intense scenarios.

The doc’s subject speaks frankly and evocatively about specific moments as many of his images appear on screen along with relevant archive newsreel. The sole other interviewee, McCullin’s editor at The Sunday Times, Harold Evans, places emphasis on his vital ability to empathise with the people that he came across wherever in the world he was. Although many people will already be aware of its star, McCullin is enthralling viewing. The man himself is a charismatic and thoughtful figure – the directors’ decision to allow their subject space to speaks is a deft one –  and provides an unique insight into the underlying and eternal conflict beneath the surface of a war photographer.

Win a Blu-ray copy of McCullin with our latest competition. Follow this link to enter.