Woody Allen continues his picture postcard Euro trawl with mixed results in To Rome with Love (2012), despite an admittedly gorgeous backdrop photographed by the great Darius Khondji, and the impressive array of acting talent at his disposal once more. Using the titular city to tell four unconnected vignettes of romantic mishaps and chance encounters, the film also marks the director’s first time in front of the camera since 2006’s woeful Scoop and, unsurprisingly, he gives himself the film’s best lines as a retired avant-garde opera director who spots great potential in the funeral director father of his daughter’s fiancée.

A wonderfully surreal pay-off harks back to classic Allen, but the other tales are very much of a hit and miss variety. Alec Baldwin crops up as an renowned architect on holiday who strikes up a friendship with architectural student (played by Jesse Eisenberg) whom he offers sagely advice to when the young man begins toying with leaving his lover (Greta Gerwig) for her flighty, sexually-liberated actress friend, played by Ellen Page. It’s a slight, if well-performed tale, which is let down by the shallowness and solipsism of the characters (traits which have also undermined Allen’s recent work.). 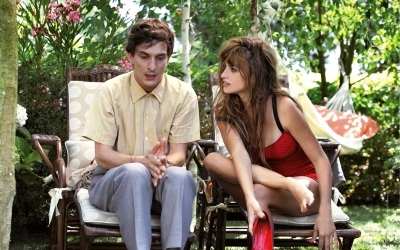 To Rome with Love’s primary plot strand also hints at a magic realism angle (Baldwin’s mysterious character may possibly be the older version of Eisenberg’s) which is deployed to humorous effect in the segment where an average Joe (Roberto Benigni) suddenly and unexpectedly discovers he is a hugely famous, paparazzi-hounded star, whose ordinary everyday existence is obsessed over and evaluated. It may be an obvious satirical commentary on the shallow nature of celebrity, but Benigni is very funny and brings a sprightly energy to the absurdist situation. The same can’t be said of Allen’s remaining story, which is DoA, despite calling on the talents of past muse, Penélope Cruz.

Two newly-weds are separated on their honeymoon, which leads them on wildly divergent paths, where they both encounter other romantic possibilities. Cruz is the seducer of the male character and is given little to do here but act vampish and seductive. It’s almost as if Allen has forgotten what he managed to get from her in 2008’s Vicky Cristina Barcelona. The other portion is even worse, transforming into a weirdly timid sex farce, which looks like a watered down version of those 1970s UK sexploitation pictures.

That the film remains a watchable affair is down to Allen’s presence and some sharp comedic touches, but after bringing the Parisian backstreets of the 1920s to vivid life in his previous effort, To Rome with Love is undeniably a step backwards for the filmmaker. Despite the mini Fellini homages sprinkled throughout, he isn’t able to imbue his film with anything close to the same enchantment and enigmatic beauty as his cinematic idol.

Win a DVD copy of Woody Allen’s To Rome with Love with our latest competition. Follow this link to enter.