In many ways, it’s a tragedy that Iranian censorship has fallen into common knowledge today. Installed by theocratic and ideological doctrine, the regimes of Iran’s leaders, particularly over the last five decades, have steadily victimised artists and commentators. Filmmaker Jafar Panahi was subject to such abuse throughout the 1990s after graduating from film school in 1988. Enmeshed in legal disputes ever since he first picked up a camera, Panahi was imprisoned at the start of 2010, and after making bail, was placed under house arrest while awaiting court appeals. This is the setting for his pseudo-documentary. 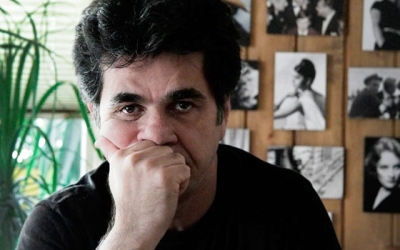 Panahi gestures towards the censors who have banned or blocked his films in the past by titling his film so. It’s a sarcastic circumvention of the political forces that thwart him, but also a demonstration of how immaterial it is. This is Not a Film (In film nist, 2011) was smuggled out of Iran on a flash drive hidden inside a birthday cake; it is as precious as the ideas contained within it. Panahi uses an iPhone and a digital camera to capture a day in his life as he converses with his lawyer, addresses issues in his own films and that of the wider Iranian film industry – from The Mirror (1997) all the way through to Crimson Gold (2003) – and examines philosophical notions of prohibition and bowdlerisation.

Panahi alludes to the many personal liberties that have been trampled on. Iran has the fourth largest community of bloggers in the world (with over 60,000 live microblogs) and currently has the second largest online population in the Middle East with 20 million people now connected. Yet in 2008, Iran blocked access to more than five million websites around the world. The country is also one of the world’s largest monitoring states; Nokia Siemens Network installed an interception centre which relays data back to the Iranian government for inspection and artist’s homes are regularly raided and their possessions confiscated as a result.

This is Not a Film is more symbol than documentary. It was delivered to Cannes in May 2011 where it premiered; four months later, six major Iranian filmmakers were arrested for ‘collaborating’ with the BBC Persian service on a doc about Ayatollah Khamenei. This exposed just how urgent Panahi’s film was. It addresses how all Iranian cinema is crucial on an international scale; the films of Bahman Ghobadi, Abbas Kiarostami and Kamal Tabrizi, films which challenge social intolerance from the clergy to women’s freedom, are all as vital as the work of Panahi.