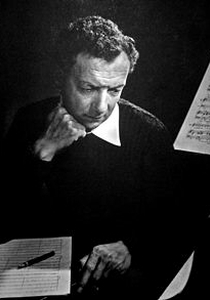 It’s entirely appropriate that Tony Britten, an established and well-versed composer himself, delivers this spirited biopic about the life of Benjamin Britten (no relation). His idle feature film record is in plain view however, as the structure and format of Peace and Conflict (2013), his second feature, spoil the journey. He’s adopted the quasi-documentary, splitting his film in two: one half, a fictionalised account with Alex Lawther turning in an engrossing performance as a young Britten during his Gresham’s School days, the other a documentary with interviews, recitals and a distracting piece of narration by John Hurt.

The decision to intercut the narrative with voiceovers and archival photographs is occasionally enlightening but mostly lethargic. Sometimes the contrast between reality and fiction works well in biopics in order to unpick the material, but the narrative clout in Peace and Conflict is completely diluted by its documentary parentheses. It’s possibly a matter of personal taste, but the two approaches don’t really gel in this instance; either the narrative arc scurries off to hear academic composers and musicians reflect on the soul of Britten’s music, or the interviews nip away and return to the drama of Britten’s tumultuous childhood. 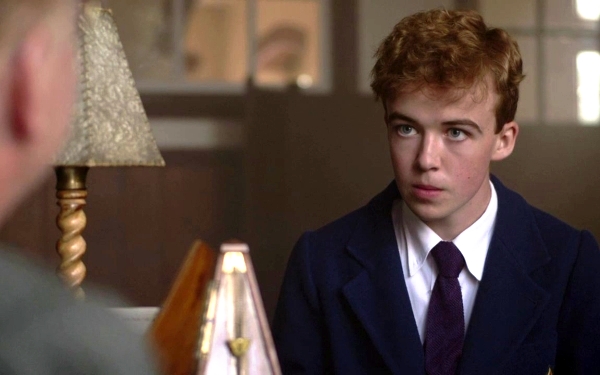 Britten’s youth was indeed the begetter of his political beliefs: the film captures the boys’ exposure to desirable ideologies in same manner of Dead Poets Society (1989). But what Peace and Conflict most successfully telegraphs is how prolific Britten was as a young composer – and ponders whether he was a ‘prodigy’ or simply a dedicated (but still wildly talented) student. The film is deeply considerate of how Britten’s early life impacted on his later years, particularly how the horrors of the First World War scarred him, only to be remedied by the ripeness of his orchestral catalogue (famously his War Requiem). It also explores his sweeping vocal and choral work, glimpsing into a labyrinthine mind.

This is perhaps why a full feature film would be more suitable; a greater artistic vision would have addressed and unravelled these matted themes. The true intrigue lies in the fictional half of Peace and Conflict. Lawther plays an adolescent who isn’t tormented by his faculty but compelled to succeed by it. Britten displays a maturity beyond his years, certainly beyond that of his classmates who lull around and pompously debate the nature of the petty bourgeoisie.

There’s much more to be quarried in Britten’s early life, to go back even further and tunnel through the days in which he first laid his hands on the ivories. Only then will we receive a full picture of his brilliance and witness the timeline of his ascension to modern classical nobility.