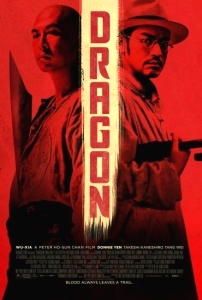 The opening scene of Dragon (Wu xia, 2011) features a family eating together, uniting over a meal as they sit around the dinner table; it’s this coming together of family, and the intimacy of home life, that sets the tone for the rest of Peter Chan’s martial arts drama – a multi-layered picture that’s as much about humanistic traits and togetherness as it is about the fighting. Hong Kong superstar Donnie Yen plays Liu Jinxi, devoted husband to Ayu (Wei Tang) and father of two. Although vying for peace and tranquillity in his life, all this soon changes when he gets embroiled in the robbery of a local convenience store.

Jinxi, blessed with nimble agility and a brute strength, just so happens to be in the shop when the robbery takes place and bravely risks his life to tackle the two thieves, vanquishing them both with ease. Although labelled a hero amongst the grateful community, detective Xu Baijiu (Takeshi Kaneshiro) is not quite convinced and delves deep into the victor’s dark and mysterious past, which threatens to disrupt Jinxi’s harmonious and idyllic existence. 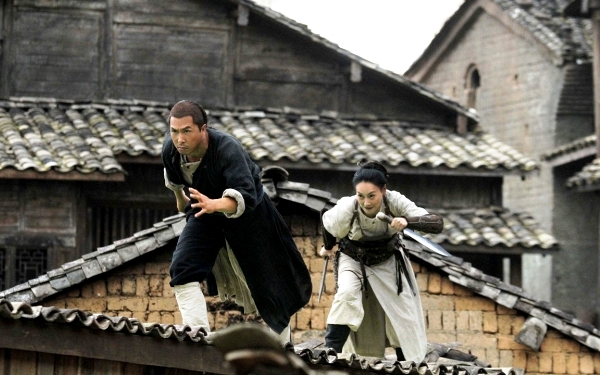 Chan does a fine job of bringing real life themes and issues into Dragon’s surreal world – themes such as father and son relationships, or the need to simply start afresh in life – and these subjects and emotions work well against the somewhat dreamlike surroundings. Such abstract stylistics are a necessity as far as martial arts is concerned, as the viewer is asked to suspend their disbelief, since characters display inhuman physical traits (e.g. the ability to jump ten foot into the air). This approach also serves to detract from the horror of the countless, gratuitous deaths we witness throughout the film. Meanwhile the soundtrack complements the narrative, adding an enrapturing feeling to proceedings.

Devoted fans of ‘wuxia’ (a broad term for martial arts cinema) may not be quite as enthralled with Dragon as others perhaps, as although telling a compelling tale, the combat scenes are somewhat underwhelming, with nothing particularly memorable or inspiring about them. The choreography is impressive, but there is little innovation behind it. This is no pastiche, and not as exemplary of the wuxia genre as other films such as Reign of Assassins (2010), released earlier this year. Instead this feels as though Chan is doing something different, and isn’t attempting to appeal to a US market quite so much, avoiding the patent conventions of the genre.

Chan effectively manages to capture naturalistic sensibilities amidst a more fantastical setting, and Dragon – complete with an array of rather captivating haircuts on show – is a very ingenious offering. However, as a film that’s primarily character-driven, this remains more of a decent ‘movie’, rather than a decent ‘martial arts movie’. which could prove a downfall in regards to the target audience, despite the broader appeal.