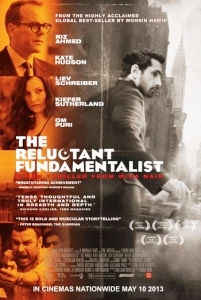 Indian filmmaker Mira Nair first burst onto the world cinema scene with Monsoon Wedding, a beguiling and insightful look at life in modern New Delhi that went on to become an award winner at the 2001 Venice Film Festival. The year 2001 also proves pivotal in her latest release, the ‘War on Terror’-inflected The Reluctant Fundamentalist (2013). This time around the focus is on Pakistan and the reluctant fundamentalist in question is the young Changez (Riz Ahmed). Changez is initially seen in Lahore in traditional garb, viewed by the CIA as a possible terrorist involved in the kidnapping of a prominent American professor. 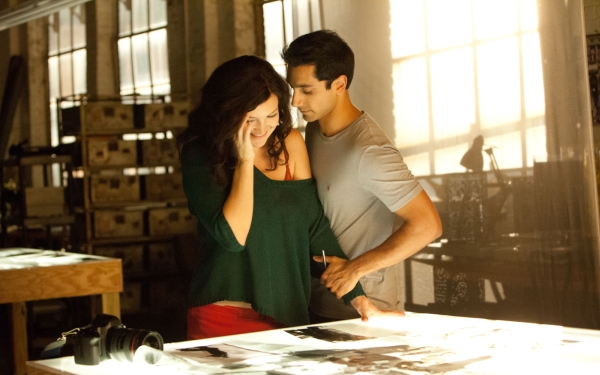 American journalist Bobby (Liev Schreiber) sets out to discover just how much his mark knows about the prof’s whereabouts. Changez agrees to an interview with the hack, but on one condition: that Bobby listen to his story from start to finish. Thus begins the tale of an impoverished young man hungry for the cash and kudos of a job in the the world’s financial capital – New York. We see how Changez and his actress sister yearn for life in the USA but also how his family laughs at his foreign ways. He views his impoverished poet dad (Om Puri) with pity and is determined – like Scarlett O’Hara – never to be poor ever again. Now on student aid at Princeton, our protagonist catches the eye of Wall Street veteran Jim (Kiefer Sutherland).

Jim senses Changez’s desire to achieve and thus the boy from Lahore becomes a man in Manhattan. Changez not only works wonders in the world of finance; he also nabs the blue-blooded photographer Erica (American actress Kate Hudson). However, she is carrying some serious baggage and things only get worse when the Twin Towers are hit whilst our man is on a business trip in the Philippines. So begins the inexorable path to Changez’s ostracism and alienation in a country that he had lovingly embraced as his own.

Depicting social alienation is definitely The Reluctant Fundamentalist’s strong suit, and we can empathise with Changez’s gradual falling out of love with the United States – a feeling that’s most certainly mutual. Unfortunately, despite intelligent performances by Ahmed (an eager terrorist in Chris Morris’ 2010 satire Four Lions and surely set for stardom after his turn here), Schreiber and Sutherland, the film’s story never engages us fully. An undeniably well-crafted, slick affair, Nair’s latest is infinitely more honourable than it is successful.

This review was originally published on 20 October, 2012, as part of our London Film Festival coverage.