Examining the powerful bond shared between a father and daughter, Fredrik Edfeldt’s Sanctuary (Faro, 2013) is a nostalgic, innocent and handsomely presented drama that sadly, in its attempts to transcend its simple tale, dilutes the powerful emotional undercurrent that initially whisks you away. We open upon the rural Swedish home of Pappan (Jakob Cedergren) and his young daughter, Hella (Clara Christiansson). However, the sight of a car making its way up the long winding driveway quickly breaks the peaceful serenity of this country idyll. Pappan flees, leaving Hella to answer the visitor’s questions.

It transpires that Hella’s father is a wanted man. Pappan knows he doesn’t have long until he’s caught, but the pair run away regardless, in order to spend one last summer together. They head into an ominous forest after evading a pursuing police car and from here on in their troubles turn from authoritarian to environmental. Predictably, this newfound thirst for survival brings father and daughter closer together, illuminating their relationship in a whole new way and strengthening their inherent bond, before it’s inevitably ripped asunder. 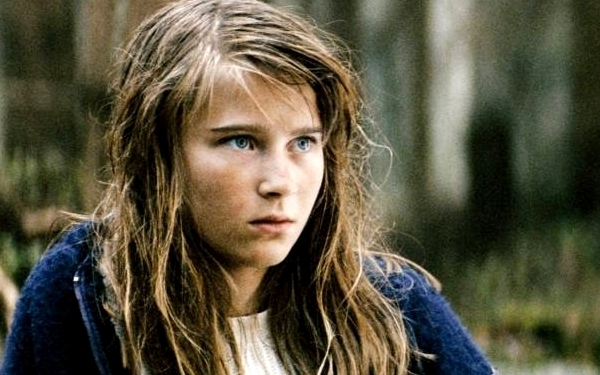 Focusing on the experiences of a scared little girl forced to fend for herself in the wild, Sanctuary starts out as an engrossing coming-of-age tale set against a fugitive-on-the-run backdrop. There’s nothing tremendously profound about this often picturesque rites of passage dynamic, but it is significantly improved by some excellent cinematography. The frosty glare of ‘Scandi-cinema’ combines particularly well with a brooding score of wallowing cellos and dour keynotes. Yet, in attempting to create a fairytale-style tone through sunken forests and misty glens, Edfeldt needlessly complicates things, turning a fable of maturing beyond an individual’s tender years into one of preserving youth’s innocence.

The relationship between Sanctuary’s two leads is played out well by both Cedergren and Christiansson, their fugitive status removing the veneer of parental love and exposing the fundamental connection they share as kin. Sadly, in attempting to add bite to this familial drama, the film loses focus and pulls us away from this engaging relationship. The pair’s rural idyll is continuously interrupted so that we can learn more about Pappan and his illicit past. What Edfeldt fails to understand is that these snippets are of little interest, playing second fiddle throughout to the bond he shares with Hella.

That’s not to say that the film is always best when isolated with father and daughter. Dialogue between the two can be overwrought, with the stories they share too contrived and artificially manufactured. Such glaringly obvious flaws dampen what could have been a charming two-hander about paternal love and adolescent development, instead thrusting its manhunt thriller sideline into the forefront whilst negating the beautiful relationship it had at one point invested all in. Though certainly watchable, we perhaps deserved a little more from a so-titled.