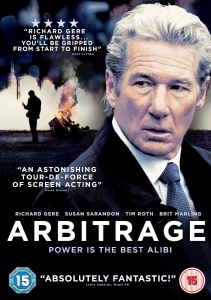 Since the fall of Lehman Brothers back in 2008, the financial services industry has not fared well. Recognising the absence of dramatic dividends to be found in number crunching, Hollywood has tended to artificially ascribe exaggerated narratives of heroism and villainy to the depictions, resulting in pantomime characters too heightened for any real world resonance. The opening scenes of Nicholas Jarecki’s Arbitrage (2012) promise a sobering, insightful look at post-crash Wall Street. But an early plot development disappointingly brings the film firmly within the generic conventions of a mid-range crime procedural. 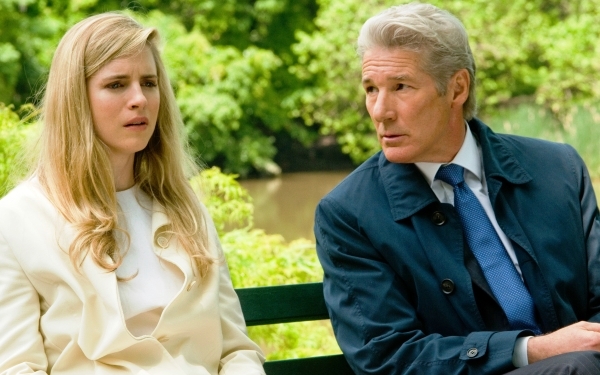 Arbitrage stars Golden Globe winner Richard Gere as billionaire asset manager Robert Miller, a man loaded with debt and desperate to sell his toxic company to a cautious buyer who keeps delaying the sale. Miller has it all, it would seem; the perfect family, the money and, of course, the attractive younger mistress (a French artist, no less). But the landscape of post-collapse America has backed him into a corner. After years of successful trading, the money has started to dry up and Miller has been falsifying accounts so he can continue to project the glittering image of perpetual success. Miller is the kind of role Gere was born to play, with a great deal of pleasure to be had watching the grubby weaselling beneath the suave veneer.

Arbitrage will undoubtedly remind viewers of what was so unique about Gere in Paul Schrader’s American Gigolo (1980); his handsome chilliness capturing the dark heart of market-driven America. Beyond it’s leading man, the film features a strong ensemble, with good supporting turns from Susan Sarandon, a roughly-hewn Tim Roth and indie It girl Brit Marling. Whilst Jarecki’s writing is occasionally limp, his direction is confident, with the pacing and aesthetics reminiscent of Tony Gilroy’s excellent Michael Clayton (2007).

While Arbitrage lifts its most significant early plot turn from Tom Wolfe’s zeitgeist-grabbing 80s masterwork The Bonfire of the Vanities, it  sadly doesn’t have the nerve to mine the material for the kind of arresting social commentary displayed so brilliantly in Wolfe’s novel. The moral culpability of a Master of the Universe should be more relevant now than ever, but Jarecki is unable to elevate the material from its thriller trappings. That he comes close makes it all the more frustrating. As it stands, Arbitrage is a solid, functional thriller, but a niggling missed opportunity for the director.

Win a DVD copy of Nicholas Jarecki’s debut feature Arbitrage with our latest competition. Follow this link to enter.