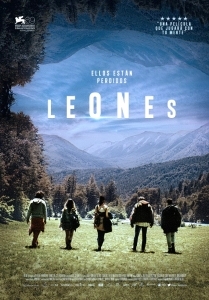 Jazmín López’s Leones (2012) is just one of several challenging and inventive Argentinian films to play at this year’s East End Film Festival. Consisting of less than twenty takes spread across a relatively short 82-minutes, López’s study of time and spirituality transcends conventional narrative filmmaking to good, if not stellar effect. We’re not so much introduced to Leones‘ company of five young friends as thrust into their world as they wander through a secluded forest. We become immersed in their private games as the group search for a secluded house hidden deep within this fertile wilderness – the end of the line. 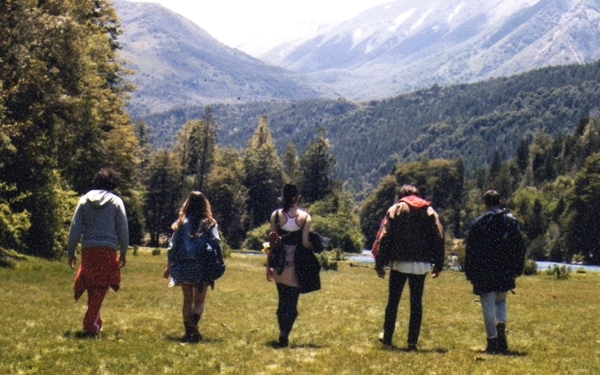 The characters of Leones ebb and flow across the frame like memories fading in/out of recollection, often reappearing miraculously in expanses that – by the laws of physics – should be impossible. Their meandering seems to be leading them in circles, their search for this mysterious abode (much like the ‘room’ in Tarkovsky’s Stalker) becoming more and more arduous. This deceptively simple set-up is elegantly captured in 35mm, with all the aesthetic artistry required to maintain your interest during an intentionally ambiguous exposition. Having previously confessed her fascination with manipulating time on-screen, it’s impressive to see just how López’s unbroken shots blend together.

Unfortunately, however, her latest study of memory and post-graduate purgatory lacks the necessary focus and substance to truly inspire. Though we’re presented with clues as to why these characters appear so lost, López’s largely indefinable approach does give the impression that the director is unsure of her film’s ultimate direction – focused more on form and feel than function. With Leones, López has admirably channelled every ounce of creativity into this interminable hike – just with little or no actual consideration as to its final destination.

The film’s ethereal texture and unabashed pomposity often spits out dialogue that’s plainly pretentious and riddled with an exhaustive level of middle-class anguish. Combine this irritating posturing with several needless excursions into indulgent flights of fancy – including an imaginary volleyball game that’s every bit as tedious as it sounds – and López’s Leones begins to feel like a great short stretched to within an inch of its life.