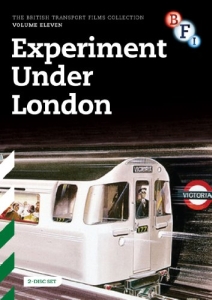 The BFI’s Experiment Under London is a good example of what the institute does best – preserving intrinsic parts of our country’s cultural and social history. The works included here, by their very nature, are technical. As a result they will likely have more appeal to those interested in the science and practicalities involved in building London’s underground system, which was at times a logistical and bureaucratic nightmare. The approach of the collection overall is introduced in the titular opening film, which describes in detail the making of two different kinds of tube tunnels – one lined in concrete and one in cast iron. 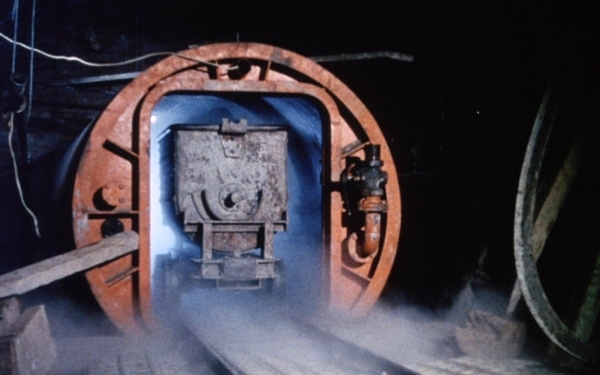 Segments like Over and Under, which depicts the logistical difficulties of closing the whole of Oxford Circus above ground over one bank holiday weekend, in order to create a false road under which the transport workers could build a new larger station concourse, are fascinating from a technical viewpoint. However these films, including the mute rushes depicting the Queen opening the finished Victoria Line, also provide an historical, social snapshot of everyday life during the time of the formation of one of the most important, yet frequently maligned aspects of the capital – its underground system.

Watching the films included in the BFI’s Experiment Under London ensemble, you wonder whether the people working on today’s underground infrastructure would get away with what, on the face of it, appeared a much laxer regard to safety and protocol. On the other hand, you can’t help but think that fifty years ago they undoubtedly got the job done much quicker, and in the process created a tube system which was built to work – and is still doing so today.