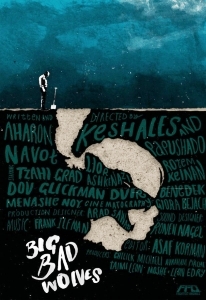 Directing duo Aharon Keshales and Navot Papushado returned to Film4 FrightFest this year with Big Bad Wolves (2013), their follow-up to the darkly comic Rabies (2011). Once again blurring the lines between horror and political satire, this genre-savvy thriller examines the tenuous dichotomy between good and evil in a case of vengeance. Following a haunting exposition with all the ominous overtones of a Brothers Grimm fairytale, we find ourselves plunged into a melting pot of fear and suspicion along with a vigilante policeman, a religious studies teacher and the father of a child who has been brutally slaughtered.

A spate of horrific murders – involving abused and decapitated young girls – have resulted in furtive teacher Dror (Rotem Keinan) being singled out as the alleged perpetrator. Despite being suspended from the force due to a leaked YouTube video of his interrogation of the teacher, police officer Miki (Lior Ashkenazi) spends his sabbatical watching Dror’s every move. However, Miki’s surveillance is interrupted by mourning father Gidi (Tzahi Grad), who kidnaps the pair and transports them to a makeshift dungeon to discover the whereabouts of his daughter’s missing head. 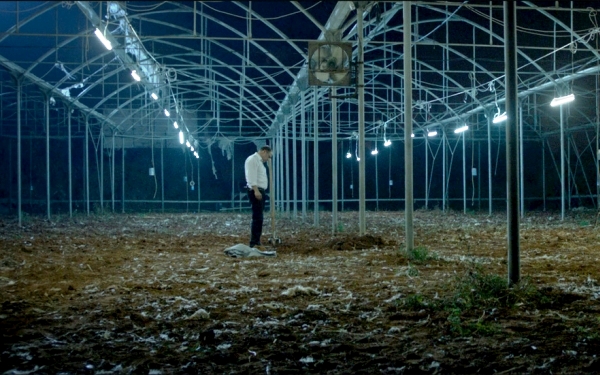 Viewed purely as a dynamic thrill-ride, Big Bad Wolves is an efficient and highly suspenseful piece of filmmaking, boasting some masterful twists and turns and benefiting from some cutting dialogue that’s both comic and shrewd. From subtle swipes at Israel’s bumbling police force to the playful manner in which the film frolics with genre conventions, Big Bad Wolves is a thoroughly enjoyable fusion of black comedy, social commentary and torture-heavy horror. Riffing on the archaic and hyperbolic function of fairy tales to inform children about the dangers of the world, Keshales and Papushado’s latest collaboration works best when examining the complex generational relationships shared by the film’s characters.

Sadly, Big Bad Wolves fails to effective answer the questions it succinctly raises about the efficiency of torture. While nowhere near as morally contentious as Kathryn Bigelow’s Zero Dark Thirty, this critique of violence as an acceptable and fruitful form of cross-examination feels like it’s far more interested in eliciting titillation than examining the moral complexity of such extremity, pandering to the mechanics of the process it’s attempting to condemn. Whilst successfully mirroring Israel’s own reaction to the threat of terror, the lack of any tangible reasoning behind the suspicions aimed at Dror denies the audience the opportunity to delve beyond the film’s torture porn veneer.

Coalescing sensitive subjects such as paedophilia and the speculative requisite for torture was always likely to culminate in a film traversing a perilous tightrope of highly-wound moral constructs. For the most part, Big Bad Wolves teeters along nicely, avoiding sensationalism and intelligently negotiating this treacherous passageway. However, there is a sense that Keshales and Papushado’s bloody tale falls just short of the mark, arriving somewhat lethargically at a dissatisfying conclusion that only undermines the film’s own pertinent didactic.