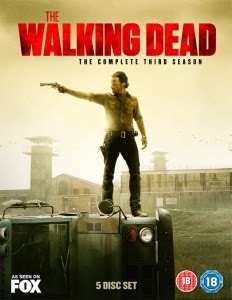 Having seemingly taken on board the various criticisms levelled at season two for its lack of action and, at times, pedestrian pacing, AMC’s The Walking Dead returns with its most gripping, expansive and ambitious outing to date, as Rick Grimes (Andrew Lincoln) and company find themselves facing a new, altogether more human threat. The Walking Dead: Season 3 picks up with the gang as they stumble upon an abandoned maximum security prison, which initially appears to provide them with a safe haven from the walkers and a prime resting spot for the now heavily pregnant Lori (Sarah Wayne Callies).

Meanwhile, Andrea (Laurie Holden) – left for dead in Season 2 – and her new friend Michonne (Danai Gurira) encounter a charming, yet mysterious figure known primarily as ‘The Governor’ (David Morrissey). The pair are subsequently taken with The Governor to a heavily secured town named Woodbury, thriving in spite of the zombie apocalypse that continues to blight the outside world. While Andrea strikes up a romantic relationship with The Governor, Michonne soon suspects something sinister in his motives and hastily sets about leaving the town in the hope that Andrea will follow suit. 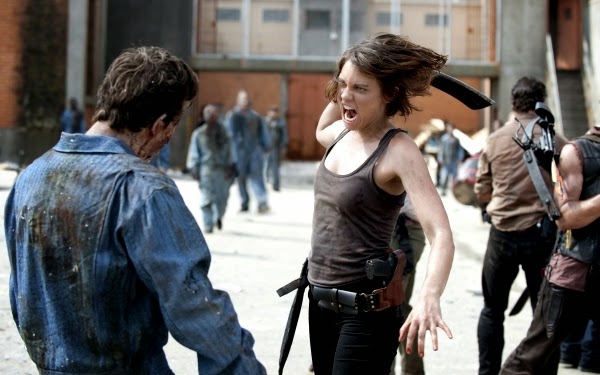 Eventually, The Governor and Rick’s paths cross after Michonne witnesses one of the former’s henchman (remember Daryl’s brother Merle from the first season) kidnap Glenn and Maggie, whilst on a run for supplies. Michonne subsequently tracks down Rick to impart the news, sparking the fuse on an all-out war between the two camps. With the addition of a couple of new characters and the return of an older one, not to mention a couple of high profile departures, The Walking Dead: Season 3 marks a radical change in gear for the series. Whereas the walkers in previous seasons were the primary source of fear and danger, they are now swatted away like flies in comparison to the threats posed by the meglomaniacal Governor.

In an inspired piece of casting, Morrissey’s turn as the governor is spellbinding, eerie and outright terrifying in equal measures. Exuding a sinister charm that simmers with an underlying degree of menace that eventually boils over in the season’s final third, his presence on-screen is dominant throughout. Elsewhere, the arrival of samurai sword-wielding Michonne, played with ice-cool finesse by Gurira, marks another superb addition to the fold and represents a new fan-favourite character in the process.

Special mention should also go to Michael Rooker for his reprisal of pantomime-baddie Merle, as well as Chandler Riggs, who brings added depth and maturity to his performance as Carl. The rest of the cast are also on their usual fine form, with personal relationships within the group explored further without slipping into Season 2’s more ‘soapy’ territory. Furthermore, fans of the show will be delighted by The Walking Dead: Season 3’s array of special features, offering some interesting behind the scenes insights and interviews with cast and crew members.

Win a Blu-ray copy of The Walking Dead: Season 3 with our latest competition. Follow this link to enter.