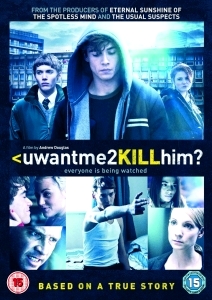 A social networking period drama (if there is such a thing), Andrew Douglas’ Uwantme2killhim? (2013) is based loosely on a true story that – due to the British legal system – has remained unpublicised for almost a decade. Utilising a Vanity Fair article of the same name about an attempted murder motivated by an online chat room, this thriller about the dangers of the internet brings a fascinating story to the big screen – to strangely dull effect. After becoming besotted with Rachel (Jaime Winston), high school student Mark (Jamie Blackley) finds himself roped into protecting her little brother, John (Toby Regbo).

Rachel and Mark are unable to socialise due to the fact that she’s currently under witness protection (her gangster boyfriend is providing evidence in court). Thus, Mark’s only connection to her is through his dial-up modem and the bond he makes with her sibling. When he discovers that Rachel’s boyfriend has been physically abusing her he becomes desperate to help her, prepared to go to any lengths in order to do so. This incredible true story should have been the grounds for a tense drama about adolescent infatuation and virtual identity fraud – but it disappointingly doesn’t. 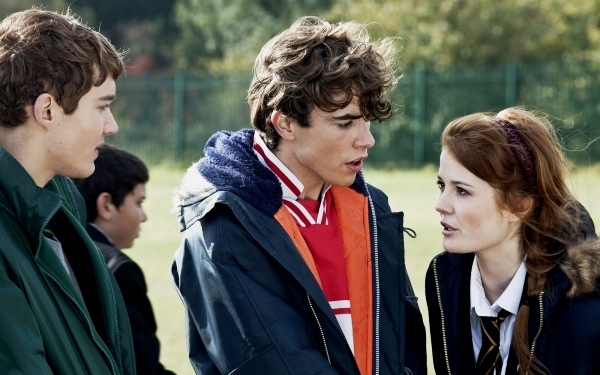 Watching Douglas’ sophomore feature with no prior knowledge of the crime its based around, Uwantme2killhim? feels like a ludicrous and oft-unbelievable tale that even the most proficient writers of fiction would struggle to conjure up. There’s a reason for this, but it’s hard to express without spoiling the film’s mystique and ruining the plot entirely. What should have been a love story – akin to a cyberspace Romeo and Juliet – has somehow been re-imagined as a twist-riddled thriller. It’s thanks to a clear lack of any discernible emotional undercurrent that the film’s explosive climax feels like such an incredibly underwhelming and implausible conclusion, spoiling what was a captivating build-up.

At times manufacturing a tantalising level of suspense and intrigue, Douglas manages to blind-side the audience with some truly atrocious dialogue and substandard acting. As the pieces of the puzzle begin to fall into place, revealing a far-less riveting deduction than initially suggested, this elaborate web of cyber-fantasy and pubescent obsession stumbles dangerously close to Hollyoaks Later territory (yes, we most definitely went there), nullifying both the film’s enticing opening and the remarkable story it’s based upon.

At a time when our online habits are almost continuously analysed, it’s a shame that this cautionary tale of the hidden evils lurking within the electrical ether fails to hold up to scrutiny. A finale which demands further investigation to be truly understood may well lead audiences to Uwantme2killhim’s fascinating source material. However, instead of drawing them back to re-evaluate the actions they first witnessed, it only serves to illuminate Douglas’ film’s numerous failings.

This review was first published on 26 June, 2013 as part of our Edinburgh Film Festival coverage.