Film Review: ‘In the Name Of’ 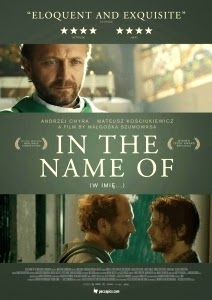 Catholicism and homosexuality is hardly a taboo partnership in modern Western cinema, but it is subject matter that retains the potential to be incendiary if mishandled. Thankfully, director Malgorzata Szumowska approaches the topic with apposite sensitivity in new film In the Name Of (2013), in UK cinemas this week through Peccadillo Pictures. Andrzej Chyra takes centre stage as a priest desperately trying to reconcile his faith and sexuality, whilst also acting as shepherd to a troubled flock. Yet, though the themes and performances combine to great effect, it remains hampered by a rough-edged, desultory narrative. 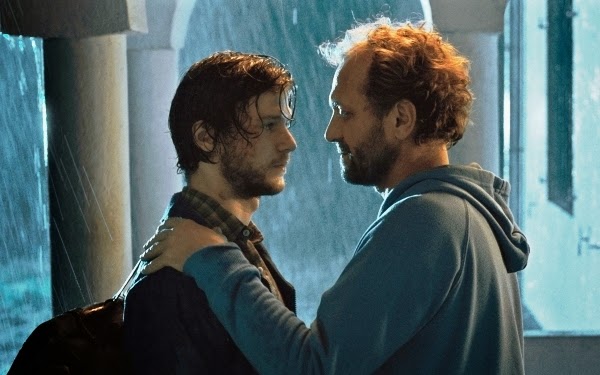 It’s a dry, hot summer in a Polish backwater and Father Adam (Chyra) is the likeable head of a reformatory hostel for delinquent teenagers, along with his stern colleague Michal (Lukasz Simlat). Working days are spent on manual labour whilst the pair try to impart a sense of discipline and camaraderie through evening football matches. A young man from a local lower-class family, Lukasz (Mateusz Kosciukiewicz), latches onto the school and soon he and Adam begin to form a connection that goes beyond mutual respect. Adam fights against his desires, simultaneously coming to question why gay priests are so vilified, whilst also offering abstinence guidance to another young charge struggling with comparable difficulties.

It’s an arid atmosphere that Szumowska and cinematographer Michal Englert summon up here, brimming with pregnant pauses and forbidden desires. The Elles director doesn’t resort to sensationalising the material or relationships, however, preferring to restrict them to the almost suffocating milieu already crafted. An atavistic jaunt through a corn field proves unexpectedly direct, but otherwise In the Name Of is more likely to fall back on long runs, stoicism and Adam’s often inebriated introspection. The performances from the leads are all similarly admirable, with Chyra excellent as the protagonist and Kosciukiewicz impressing again after his similarly provocative turn in Filip Marczewski’s incest drama Shameless (2012).

Sadly, Kosciukiewicz’s character is somewhat neglected as the time passes by and it’s in handling the various strands of plot that the film’s major issue arise. Thematic links are always present but as narrative arcs are seemingly forgotten, their worth undercut and focus drifting. Yet despite its shortcomings, In the Name Of remains a drama worthy of your consideration, featuring strong central performances and an impressively close atmosphere. Moreover, Szumowska has crafted a thoughtful exploration of homosexuality and the Catholic Church free from the overblown trappings that the material so often elicits.