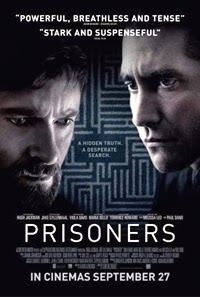 Incendies (2010) director Denis Villeneuve was once quoted as saying “In contradiction and paradox, you can find truth.” However, in the case of his English-language debut Prisoners (2013), it’s hard to comprehend where Villeneuve stands on the validity of “truth” elicited through torture. In a grey Pennsylvanian town during a rain-drenched Thanksgiving, the Birch and Dover families are faced with every parent’s worst nightmare. On discovering their daughters have gone missing, Nancy and Franklin Birch (Viola Davis, Terrance Howard) are distraught, whilst Grace Dover (Maria Bello) struggles to comprehend the situation.

Grace’s husband, the gruff, flannel shirt-adorned carpenter Keller (Hugh Jackman, channelling his inner Wolverine) refuses to sit by and leave the investigation to local grease-ball Detective Loki (a tattooed Jake Gyllenhaal). With every minute that passes diminishing the likelihood of his daughter being found alive, Keller takes matters into his own hands, kidnapping the chief suspect – a wispy-voiced, mentally disturbed oddball named Alex (Paul Dano) – before dispensing his own form of interrogation techniques. However, with Alex less than forthcoming, how far will Keller be willing to go to push the question at hand? 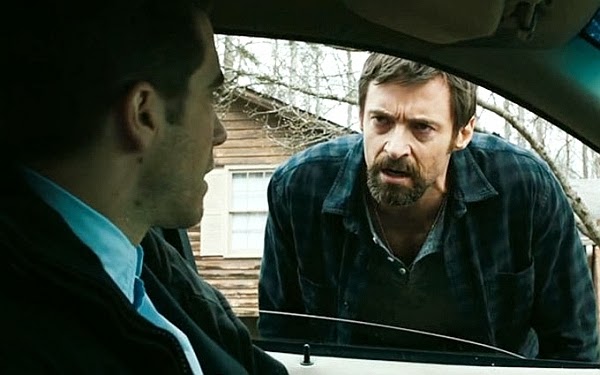 Villeneuve occupies the old-fashioned whodunnit template and adorns it with a shroud of ethical enquiries, constantly prodding his audience to ask “What would you do?” The masterful cinematography of Roger Deakins lends a pristine sheen to Prisoners’ exquisite composition, with this strikingly bleak aesthetic of washed-out tones and weather-torn faces deceptively leading the viewer into a labyrinth of twists and turns. Villeneuve is clearly familiar with the tried-and-tested formula of the psychological thriller, combining wide-angle lens shots with extreme close-ups to exhibit the breadth of the examination being undertaken. However, such visual artistry merely attempts to mask the film’s numerous shortcomings.

Set almost entirely within the hermetically sealed milieu of a melancholic suburb, Prisoners’ narrow focus and lack of grounding is exemplified in how the misery imparted on the two families is only ever escaped to spend time with Gyllenhaal’s Loki – a man so devoid of personality that his dispassionate pursuit might as well have been performed by a bloodhound. Villeneuve’s latest is yet another example of America’s departure from the jingoism that originally echoed throughout the post-9/11 zeitgeist of anxiety and fear, exemplifying the contemporary hunger for an internal examination of national guilt and culpability. Attempting to present torture in a way that neither endorses nor condones the act, the film feels trapped in a sticky web of moral musing which it never fully comprehends.

Unfortunately, Keller’s fanatical pursuit of his daughter’s captor neutralises any ethical qualms, with Villeneuve clearly uninterested in exploring the guilt that weighs on his subconscious. Instead, torture is deplorably used as a contrived device to provoke debate and add substance to an otherwise empty potboiler. By never scrutinising the heinous act as anything other than a by-product of American anxiety, we enter a hapless void of intangible codes. A handsomely crafted, yet overacted revenge tale with a broken moral compass, Prisoners fails to build upon its taut atmosphere of suspense with anything of particular social value.