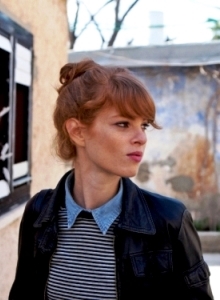 No stranger to the Venice Lido, Amos Gitai’s new film Ana Arabia (2013) – in competition this year – is a quiet exploration of love and tolerance in Israel. On the border between Jaffa and Bat Jam exists a small dusty enclave of Arabs and Jews. A young reporter, Yael (Yuval Scharf), arrives to question the inhabitants about a recently deceased resident, a Jewish woman who survived Auschwitz as a child and subsequently fled to Israel where she married an Arab and converted to Islam. Yael interviews her husband, Yussuf (Yussuf Abu-Warda), his daughter Miriam (Sarah Adler) and daughter-in-law Sarah (Assi Levy). 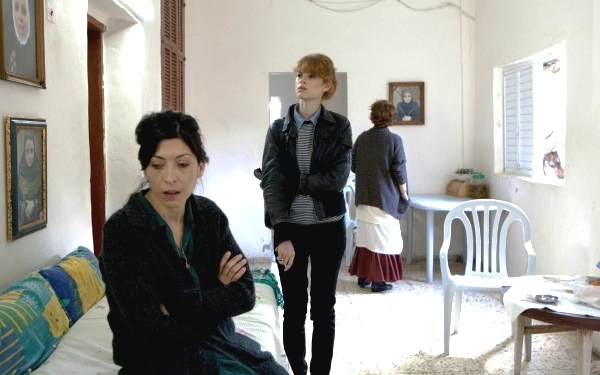 Everyone seem happy to tell Yael their stories and muse on the meaning of them, as well as occasionally having neighbours butt in to joke and/or flirt with the pretty journalist (or just to exchange gossip). The one outstanding feature of Gitai’s Ana Arabia is that it all takes places in one uninterrupted 83-minute shot. Choosing the magic hour of dusk allows the light to subtly change, and moving through different environments – a lemon tree orchard; a garage; a courtyard – means that the time passed in a gently meandering manner. The ramshackle enclave itself is similarly well-rendered and appears, with its friendly community – all of whom know each others’ business – to be an eye in the storm of Middle-Eastern history.

There are limits to the tale, however. Scharf behaves like no journalist one has ever met, never following up on questions and only taking out her notepad to scribble a word at the prompt of a stage direction. The chatter contrasts awkwardly with the more theatrical presence of Sarah, who like a ghost – a beaten, humiliated survivor herself – speaks of dreams and history. There is also a bone-weary lassitude to proceedings and an almost complete absence of drama, this being a space where conflict is conspicuous by its absence. Though laudable, within a few hours, Ana Arabia drifts from the memory rather too easily.