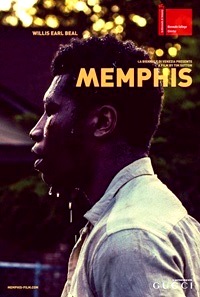 Timothy Sutton’s second film, Memphis (2013) – in show at this year’s Venice Film Festival – is a meditation into music, “God-given” talent and madness starring and scored by Willis Earl Beal. Beal, a fascinating compelling presence, is first seen looking a bit lost in a TV studio. “I thought it was going to be radio,” he says, before telling the interviewer that he is a sorcerer who makes dreams come true – but at what cost? Sutton’s film is a remarkable document; part essay, part documentary and part drama, a heady mix of blues and religious fervour, dipping into ‘Hallelujah’ Christianity and a pantheistic belief in the life of things. 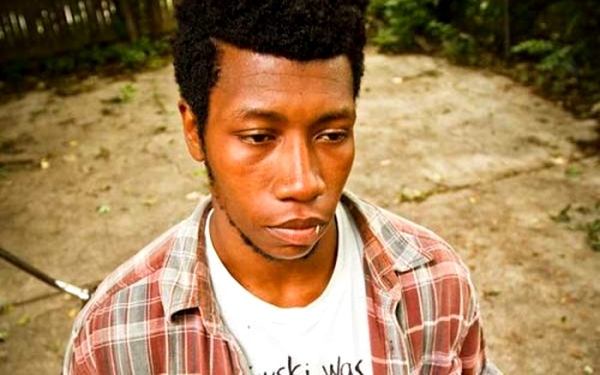 Beal himself is an other-worldly figure who stumbles through the city at first in cool duds and driving a vintage Cadillac. He seeks some kind of solace for what can only be an existential angst in the arms of a beautiful woman and in the roaring community of a church. But he is unable to fit in and as pressure comes on him to record again, he succumbs to the obliterating power of drink and retreats from the world to pursue his lonely thoughts in nature. Sutton’s Memphis skirts around the edge of its own all consuming self-interest and somehow never drops into anything other than mesmerising. Beal himself has a lot to do with this as he drifts through the lives of his friends, fellow musicians and associates.

No matter what’s happening, Beal looks like he’s composing a song quietly in his head. Sometimes we see him in the crawl space of his attic composing music on a Casio keyboard, and in one all-too brief scene we witness a recording session from the perspective of his session musicians who concentrate on their pieces, bridle at Beal’s lack of discipline and yet weirdly put it all together to sound beautiful. There’s also an authentic texture to Sutton;s film with its use of non-actors – who occasionally peek at the camera. Ultimately, Memphis is a bold and bewildering conjuring act, that might mean nothing at all, but the sleight of hand is worth the price of admission.