“Hey dude, why don’t we start a university?” And thus, the hallowed University of Berkeley was born according to one jesting lecturer. It’s an uncharacteristically lighthearted opening to veteran filmmaker Frederick Wiseman’s outstanding new documentary At Berkeley, a four-hour essay on the institution as it faces significant cuts to its funding from the US state. The director is the unseen observer in classes, administrative meetings and social activities; watching life at Berkeley move at its own distinctive rhythm. There’s poetry in the space created by Wiseman’s deliberate unobtrusiveness, but there’s also force in the dialectic power of the edit. 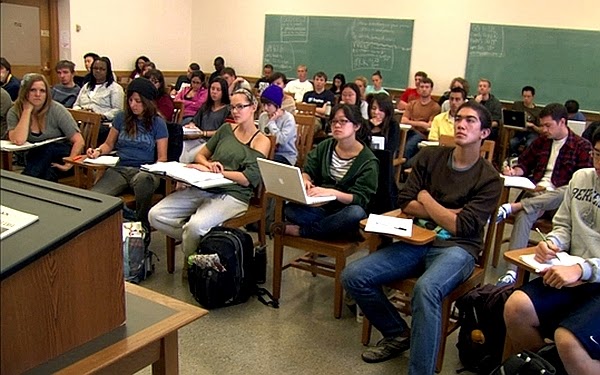 At Berkeley manages to find the soul of intellectual America in the constant tension between academic ambition and the operational excellence it needs to flourish. The key question at the heart of the doc is what is gained from placing what is effectively bureaucracy in a cinematic context? “You have to combine passion with discernment,” says one of the staff members describing the tenure process at the college, but it’s an equally appropriate summation of Wiseman’s approach. The director shot 250 hours of footage, and the fact that only a tiny proportion of it appears on-screen is indicative of the vital significance of what remains. As a result, each and every sentence uttered seems to take on a far greater meaning.

As both an institutional portrait and an exercise in cinematic contextualisation, At Berkeley feels truly monumental. Wiseman resists the temptation to zip from place to place. Instead, he chooses his scenes carefully, spending time with the participants to allow the events to settle and offer themselves up to wider scrutiny. It may inevitably seem as if the substance of the film derives from what individuals within the scenes are saying, but the real resonance comes from the construction. Beginning with the founding of the college and a summary of the funding crisis, the picture’s gaze then starts to broaden organically. The wider it looks, the more the commentary extends beyond the university’s hallowed gates.

Somewhere, amidst the dissent, the discovery and the dedication, is a microcosm of America in 2013. Though the length will raise many eyebrows, At Berkeley finds its central thesis in the edit. A substantial proportion of the final hour is taken up by a student protest against hikes in fees as a result of the cuts. Relatively speaking, it is the film’s cataclysm; the moment which defines what precedes it and what follows. The protesters look entitled and inflated in the face of the myriad wonders of Wiseman’s Berkeley. It’s the first time the director has conspicuously sided with an authority figure in one of his films; but, if this is the unexpected institutionalisation of a rebel, it feels completely justified in the context.