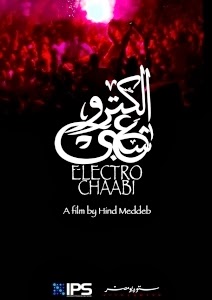 Egypt’s tumultuous recent sociopolitical past and the current state of the nation has provided a fertile environment for the country’s filmmakers of late. Focus has ranged from the oppression of the everyday, as seen in Hala Lofty’s Coming Forth By Day (2012), to the explicitly political in dramas like Winter of Discontent (2013). Those aspects have the potential to combined in new documentary Electro Chaabi (2013) which examines the emergence of nascent musical subculture. It is through this movement, Egypt’s answer to rap, that Cairo’s disaffected youth claim to have found their own dissenting voice. 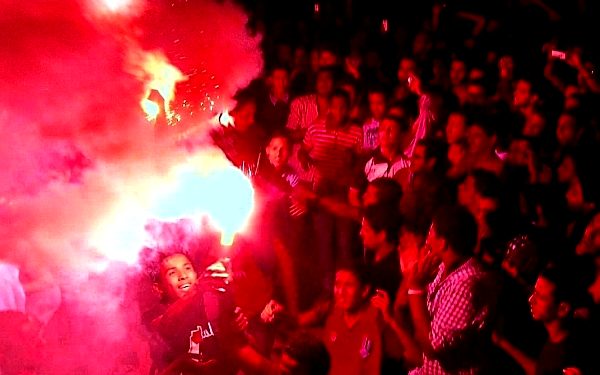 It’s the young male population that’s actually being referred to when ‘Chabbi’ is posited as speaking for the kids. Tunisian journalist Hind Meddeb’s vérité documentary follows several of these DJs whilst attempting to form an impression of this recent musical craze. Having been spawned in underground street raves referred to as ‘mahragans’ (festivals), the style of music and its most well-known practitioners have become successful on a national scale. These are not the furious revolutionaries that took to Tahrir Square in 2011, however, but the ‘forgotten youth’ who are hoping to speak out about modern Egypt from street-level. It’s a powerful message and one that could instantly be taken as inspiring by outsiders.

The young men on whom Meddeb focuses are charismatic and talented to varying degrees, and seeing them transforming the oppression they feel into artistic expression is naturally encouraging. Sadly, what Meddeb’s Electro Chaabi desperately needs – and lacks – is the ability to scrutinise its subjects rather than just showcasing their talents. The topic of the movement’s completely male bias is never discussed, though women seem to be an unfortunate recurring theme of the rappers most vivid lyrics. More curiously, just what these enormously popular artists have to say is never really broached; they talk about finally having a voice but are never really questioned about why that is a good thing and what they feel they can achieve.

The Chabbi music itself gets a fair bit of airtime, as does footage of the late night raves, but viewers anticipating a documentary that peels back the layers on Egyptian society through artistic expression and modern youth, may find themselves rather disappointed. Electro Chaabi will doubtless prove a curio for a niche Western audience, but it regrettably fails to deliver the insight that it potentially might have done, and blame for that probably belongs at the feet of its well-meaning director.