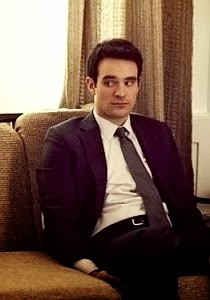 There’s nothing more soul-crushing than a romantic comedy devoid of either of the genre’s requisite defining aspects. At least when the love story is lacking, laughs will usually pick up the slack; if it’s humourless, the passion can take the weight. Nobody wants to overdose on schmaltz (well, some people might) but shunning it entirely requires an impressively sweet touch, or a piling on of the funny. Sadly, a new British entry into the rom-com canon, Hello Carter (2013), fails to do either and is all the more insipid for it. Charlie Cox of Boardwalk Empire fame takes centre stage as the titular (and recently homeless) Carter. 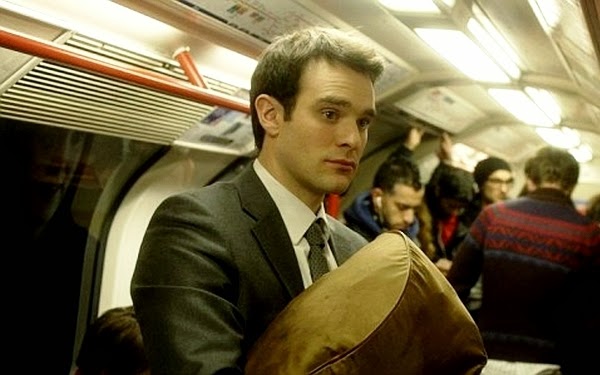 With no roof over his head and no job, Charlie finds himself still mooning over ex-girlfriend, Kelly, who he’s not seen in almost a year. Positively passive in almost every way, he stumbles around sharing clumsy small talk with potential employers and relatives before chancing upon Kelly’s brother Aaron (Paul Schneider) on the tube. An odd-ball American movie star, he agrees to provide Kelly’s phone number if Carter will hand deliver a letter for him. Whilst valiantly transporting the message, our hero accidentally kidnaps a baby and all manner of hilarious hijinks rapidly ensue – don’t they? Unfortunately not. Despite the potential of the premise, Hello Carter never really even approaches the desired quotient of comedy.

With the lead such a committed wet blanket, it’s largely left to Schneider to provide the laughs and sadly, he sleepwalks through in such a fashion that his jet-lagged character probably appreciated the nap. It would be easy to blame the performers, however their underdeveloped and poorly penned roles don’t make life especially easy. The romance fares little better. Jenny (Jodie Whittaker) meets Carter at a job interview in the opening scenes and then becomes embroiled in the escapades later that night, but it never becomes especially clear what about him so attracts her. The relationship is admirably played for realism with nicely observed awkwardness; misjudged jokes and fleeting glances.

Despite Whittaker proving a reliable foil, what could be an affable courtship is so understated that it fails to convince at all. First-time director Anthony Wilcox does a fair job of capturing his story visually with lensing by distinguished cinematographer Andrew Dunn lending proceedings a bit of class. Regrettably, Wilcox may be better off sticking to direction as it is ultimately his script here, stretched from a previously successful short of the same name, that gives all of Hello Carter’s other aspects a veritable mountain to climb.