The Congress (2013), Israeli director Ari Folman’s follow-up to 2008’s exquisite hybrid documentary Waltz with Bashir, certainly talks a big game. Channelling Wes Craven’s New Nightmare (1994) as well as the stories of Philip K. Dick, it’s a hugely ambitious picture that attempts to combine industry satire with lofty sci-fi. The concept itself is knockout, but the execution is horribly overcooked as Folman panders to his star’s vanity with uncharacteristic heavy-handedness. The initial set-up is rife with toe-curling pronouncements on Hollywood’s desire to commodify its actors, but the subsequent descent into pretentious faux-spirituality is an even greater misstep. 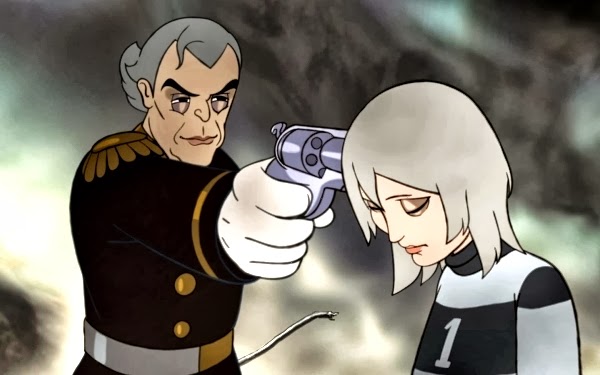 House of Cards star Robin Wright plays herself, living in a converted aircraft hangar near an airport. We hear how she gave up acting to be a mother to her two children, one of whom is is slowly going deaf and blind. The Congress opens with a lengthy shot of Wright reacting to her agent Al (played by Harvey Keitel), listing the reasons for the deterioration of her career; anxiety, a number of bad decisions made and a defiant attitude are all mentioned. She later learns of an opportunity to sell her image to a film studio by scanning herself into a computer, meaning that she can appear in countless films over the next few decades without ever having to act again. Folman’s central concept is admittedly brilliant, but it requires honesty and vulnerability on the actress’ part to work.

While Wright’s determination not be be a victim of the system is laudable, there’s a distinct sense that she’s happy to blame everyone else for her purportedly ailing career. A complicated personal history is condensed into general platitudes and each character has the tendency to speak in long monologues, like an endless stream of exposition punctuated with stilted dialogue. Many of the arguments are valid, but they’re delivered with such clumsy, preachy condescension that any satirical edge is lost. There’s raw anger in these moments, but Folman and Wright deflect it, preferring to constantly look outwards rather than inwards.

The best Hollywood exposés need self-awareness to resonate, but this is a quality sorely lacking in The Congress. Though indulgent and self-aggrandising, there is at least some sharp focus on the treatment of ageing in Hollywood in the film’s initial stages. The middle section’s subsequent shift into the animated world also brings an impressive level of formal audacity to the proceedings, but it becomes thematically muddy with its attempt to marry the earlier themes to broader, fuzzier sci-fi notions. The garish colours may seem daring, but they’re simply concealing a hollow shell; sound and fury in lieu of purpose.

The 57th London Film Festival takes place from 9-20 October, 2013. For more of our coverage, simply follow this link.