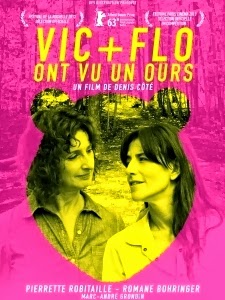 Winner of the Silver Bear at this year’s Berlin Film Festival, arch provocateur Denis Cote’s Vic + Flo Saw a Bear (2013) is a fascinating experiment in genre and narrative expectation. Elevated by sterling composition and framing, it’s a playful, intelligent work in which the formal elegance conceals its prankster ambitions. Though many will be repelled by the blatant traces of the technical cogs at work, adventurous cinephiles will find it a tricksy, unexpected delight. Provided viewers make the necessary leap of faith, its twists and turns will keep them on their toes throughout the film’s lean running time. 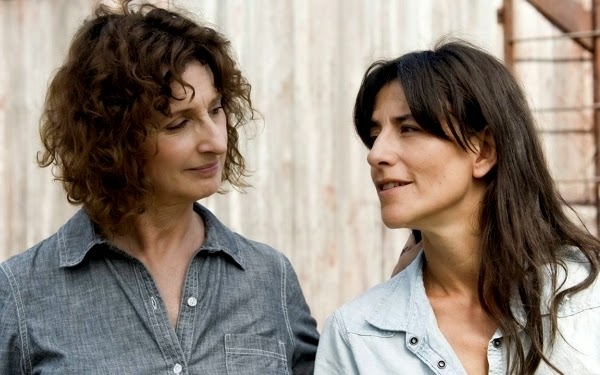 We’re introduced to the titular Vic (Pierrette Robitaille) as she moves to a remote part of the Canadian woods to care for her ailing father, much to the chagrin of the locals who have been looking after him for years. The situation is further complicated by the arrival of Vic’s younger, more outgoing lover Flo (Romane Bohringer) a woman who appears to be on the run from someone or something. Characters are never quite who they seem, and an open mind is essential to make the most of the more jarring shifts in tone. Red herrings are liberally littered throughout the narrative, paying off in humorous, often shocking ways. As such, Vic + Flo Saw a Bear will almost undoubtedly have the biggest impact on unguarded, unsuspecting audiences.

Revealing anything beyond the initial set-up would be to venture into dangerous spoiler territory. In fact, even a cursory mention of the specific genre citations would be problematic. Côte uses audience familiarity with cinematic tropes to lure them into false expectations, and he shows himself to be an expert manipulator. The cool, washed-out palette and ambiguous framing demand attention, as do seemingly throwaway lines and bit players. There’s also a sense of teasing perceived prejudices around portrayals of same sex relationships on-screen; almost a commentary on the limited scope afforded to LGBT issues in mainstream cinema.

The key issue is whether it works as a film knowing that the director is using his characters and scenarios as tools in a broader artistic experiment. The fact that one is always cognisant of Cote’s meddling hand is indicative of it not being entirely successful. Other directors have worked this way; in Dogville (2004) for instance, Lars von Trier tested the boundaries of theatre and cinema while retaining a convincing emotional core. It’s this element that’s lacking in Vic + Flo Saw a Bear. Once there’s the realisation that the characters are essentially chess pieces to be moved at will, some of the engagement is lost. Those willing to overlook this however, will he handsomely rewarded.