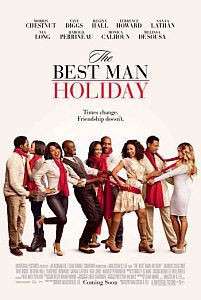 Although fourteen years have passed since Malcolm D. Lee’s The Best Man (1999), the characters resonated in such a way that the idea of seeing them together again was an enjoyable one to ponder. It’s been a long time coming but finally the sequel, The Best Man Holiday (2013), has arrived, and thanks to its likeable cast it’s just about worth the wait. An opening montage reminds us of the events of the previous film before we catch up with its characters in the present day. Bestselling author Harper (Taye Diggs) now has a child on the way with wife Robin (Sanaa Lathan), but is having trouble with his writing. 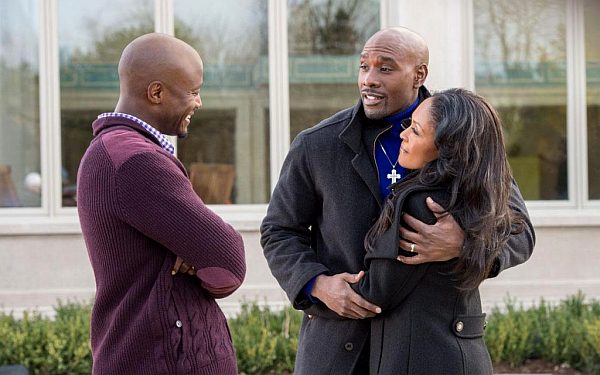 Meanwhile, NFL star Lance (Morris Chestnut) is set to end his illustrious career to spend time with his wife Mia (Monica Calhoun) and his kids. Seeing Lance’s retirement as an opportunity to cash-in by writing his biography, Harper accepts Mia’s invitation for a holiday get-together with old friends Julian (Harold Perrineau), Candy (Regina Hall), Shelby (Melissa De Sousa), Jordan (Nia Long) and Quentin (Terrence Howard). Though there are times when The Best Man Holiday gets a little too sitcom-like for its own good, for the most part Lee’s narrative does a good job of balancing weighty drama with comedic moments. Most importantly, the various quandaries Harper and co find themselves in feel real, relevant and grounded.

There are no archetypes here, as each principal cast member given a rich character to delve into, and the interplay between them is fun to watch. It’s a shame then, that The Best Man Holiday lacks the polish it sorely needs. There are times when tighter editing could have made a big difference, with many scenes drifting into melodrama, and the final fifteen minutes are very much overstuffed. Thankfully, Lee’s charming ensemble papers over many of the screenplay’s weaknesses. Diggs’ Harper may be the film’s focal point, but this is definitely a team effort, and all involved carry their load well. Chestnut gives a very well-rounded performance as Lance, convincing especially in moments of high emotion, whilst Calhoun’s dignified turn as Lance’s wife Mia also impresses.

As the group’s committed single ‘Q’, Howard is on scene-stealing form, keeping things light amidst the many hard-hitting moments. Throughout, the love the cast have for each other off-screen benefits their on screen counterparts, and the effect of those bonds is very evident. Though it doesn’t quite better its predecessor, The Best Man Holiday is a strong and worthwhile sequel that both male and female audiences can enjoy, regardless of whether or not they have sampled the first film in the series. Lee is already in talks for another instalment (The Best Man Wedding?), and hopefully this time round it will come to fruition sooner rather than later.