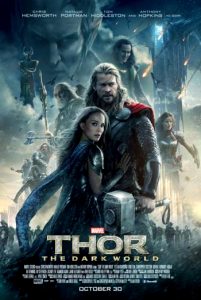 With Shane Black’s Iron Man 3 (2013) trumping Jon Favreau’s previous efforts whilst doing a brisk trade at the box office, expectations were high that Thor: The Dark World (2013), the second release of Marvels ‘Phase Two’, would better its lacklustre predecessor, whetting our appetites for next year’s double header of Captain America: The Winter Soldier and The Guardians of the Galaxy. Set two years after the original outing, Thor (Chris Hemsworth) is back in Asgard defending his people from a variety of otherworldly threats, all the while pining for human love interest (and unlikely astrophysicist) Jane Foster (Natalie Portman). 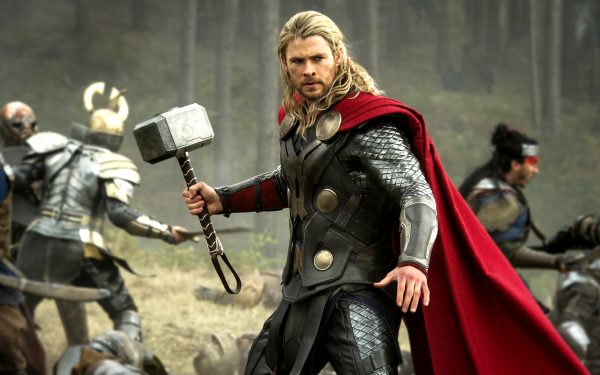 Anthony Hopkins’ Odin treats us to a Lord of Rings-esqe prologue telling of an ancient war between his father, Bor (Tony Curran), and the Dark Elves. Lo and behold, the Dark Elves and their leader, Malekith the Accursed (Christopher Eccleston), resurface once again to destroy Asgard and plunge the Nine Realms into perpetual darkness. If that scenario wasn’t perilous enough, Loki (Tom Hiddleston) is lingering in Asgard’s dungeons following the siege of New York, waiting with baited breath for his opportunity to get up to all kinds of mischief. With Odin’s kingdom under attack and Jane the host of super-weapon ‘The Ether’, Thor must take up his hammer once more to protect his loved ones.

HBO stalwart Alan Taylor takes over directorial duties from Kenneth Branagh, and his previous work on the likes of Game of Thrones, Rome and The Sopranos make him the ideal candidate for helming this clash of historical fantasy and far-fetched sci-fi. Taylor’s clearly more assured working within the realms of comic book fiction than his predecessor. The special effects are more impressive as are the set pieces, but a director is only as good as the script and The Dark World’s first quarter is drab and meandering. This can be largely attributed to a focus on the Earth-locked antics of Foster, her deeply irritating intern Darcy (Kat Dennings) and a derobed Dr. Erik Selvig (Stellan Skarsgård). For one reason or another, Marvel has mysteriously developed an assumption that audiences have some affinity to these characters, but they’re surplus to requirements and feel like inherited baggage that Taylor and his army of screenwriters were forced to include.

Hemsworth embodies the thunder god with aplomb but Portman is again inexpressive; despite attempts to inject Jane with feistiness, the pair’s relationship lacks vital chemistry. It’s only when the scenery-chewing Loki enters the fray that this sequel really comes alive, with Hiddleston effortlessly swinging from comedy to villainy and back again. When the inevitable happens and The Joker makes his return in a future Batman franchise, it would surely be a crime if Hiddleston isn’t top of the list. If you’re looking for something thought-provoking and original then keep your money in your wallet, but there’s enough in The Dark World to keep Marvel fans happy until Thor returns in Joss Whedon’s The Avengers: Age of Ultron (2015).