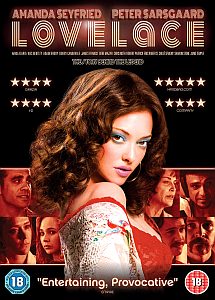 Linda Boreman (Amanda Seyfried) reluctantly lives with her strict parents (Sharon Stone and Robert Patrick) after an unplanned pregnancy leaves her with nowhere to go. Following a chance meeting in a bar, Linda succumbs to the charms of “businessman” Chuck Traynor (Peter Sarsgaard). Once married, Linda becomes aware of Traynor’s true vocation in the production of explicit adult movies. She takes the lead in one of her husband’s homemade efforts and is filmed performing oral sex. The footage then finds itself in the hands of up and coming porn director Gerry Damiano (Hank Azaria) who is so impressed he casts Linda – with the additional pseudonym “Lovelace” – as the lead star of his new sex comedy, Deep Throat. 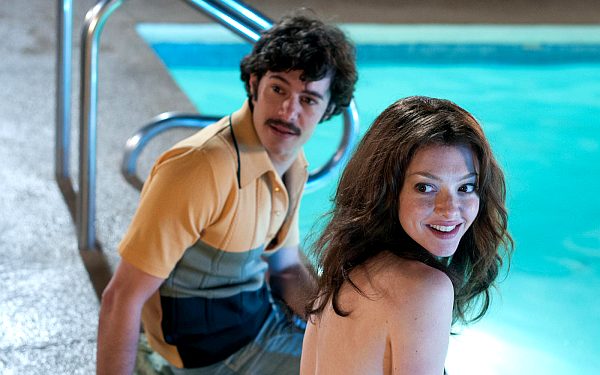 Propelled into a world of glamour and excess, Linda becomes an international star but it’s not a career without consequences. Lovelace is a film of two acts. The first explores the protagonist as the confident, empowered superstar confidently leading the sexual revolution. Events unfold at a speedy pace leaving frustrating gaps in the narrative that fail to explore the reasoning behind Linda’s extreme career move. However, this is purposefully done as what we are initially exposed to is her husband, Traynor’s carefully manipulated backstory. Six years later, Linda’s sex symbol status is dead and buried as we see her as a regular housewife with a burning passion to expose the reality behind her former, “glamorous” existence.

The film returns to the beginning in the second act, filling the gaps with disturbing facts that are sensitively portrayed by Seyfried in a surprising and transformative role. Performed with a constant sense of underlying vulnerability, Seyfried confidently encapsulates the tragic star as both the icon of sexuality and the angry victim. Much to her credit, amidst many a chronological shift, she does so seamlessly. Other standout performances come from Sarsgaard as the sleazy Traynor, a role that’s only a couple of punches away from his portrayal of David Goldman in An Education (2009), and surprisingly Stone proves her worth as Dorothy Boreman, Linda’s mother. Although her screen-time is minimal, Stone’s dressed down performance is a reminder of her sadly underused potential.

Futile cameo roles from many famous faces including James Franco and Chloë Sevigny prove too distracting and ultimately serve only to diminish the film’s pace. Undeniably influenced by Paul Thomas Anderson’s Boogie Nights (1997), sadly Lovelace fails to equal its epic proportions. The film merely dips its pretty painted toe into the meaty issues of Linda’s engagement with feminism or the alleged mafia involvement with the distribution of Deep Throat, as previously explored in the documentary Inside Deep Throat (2005). Whilst lacking in conviction and unfulfilling in its true potential, Lovelace only scratches the surface of a compelling true story, but it’s worth a watch, if only for Seyfried’s incredibly impressive titular performance.