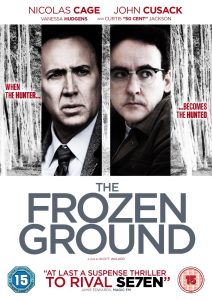 Based on the grisly case of serial killer Robert Hansen, Nicolas Cage and John Cusack star in Scott Walker’s functional yet largely forgettable thriller The Frozen Ground (2013). State trooper Jack Halcombe (Cage) is two weeks away from retirement, at which point he plans to move away from the city of Anchorage with his wife and daughter. So returns the tried-and-tested formula of the nearly-retired cop setting out for one last case. Before Halcombe can settle into a quieter life he encounters a young prostitute, Cindy (Vanessa Hudgens), with mascara running down her face and signs of having been violently attacked. 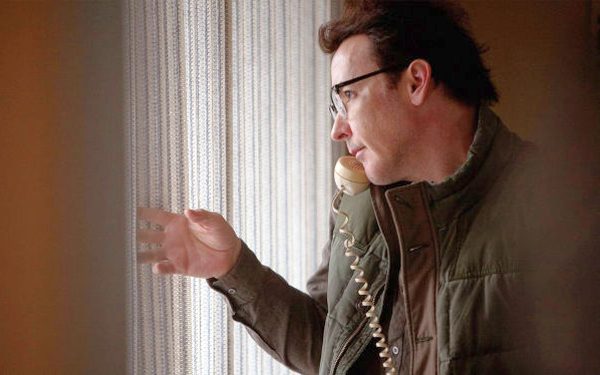 Cindy recounts how she was kidnapped and nearly killed by a local family man, Robert Hansen (Cusack). With prior convictions, the authorities are reluctant to believe Cindy’s claims and the case is dropped. Days later, a body of a murdered woman is discovered in the woods and ever the dutiful cop, Halcombe believes that the two cases might be linked. His intuition is rewarded when more bodies are discovered, proving that a serial killer is on the loose, and Halcombe’s sights are set on the seemingly mild-mannered Hansen. Sadly, there’s no element of a whodunit with The Frozen Ground; the Hansen case was widely-reported when the sadistic killer was captured by the real state trooper, Glenn Flothe, back in the year 1983.

Responsible for the murder of at least seventeen women and over three dozen rapes and assaults, Hansen went down as one of the most prolific serial killers in American history and is currently serving out his 461 years in Spring Creek Correctional Facility. Because the case was so well-documented, any element of mystery is removed in the first act, greatly hindering any hope of tension or peril. This leaves the story running through a series of peaks and troughs, held together by Cage’s dogged run-of-the-mill-cop performance, with every scene dominated by his heavy-browed expression. Cusack also gets to play fast and loose with the archetypal mood-swinging psychopath with as taste for the sadistic, all quiet and calm peppered with explosive moments of anger.

Hudgens, meanwhile, is lumbered with the thankless role of a victim, leaving little to sink her teeth into. Whilst based in truth and actuality, The Frozen Ground’s narrative feels incredibly clichéd; the retired cop, the sultry femme fatale with a heart, and the serial killer oscillating between disturbed calm and vitriolic outrage. And yet despite its many pitfalls, the keen eye of cinematographer Patrick Murguia captures the snowy landscapes beautifully – even enough to make you feel the winter chill in the pleasant surroundings of a cinema or living room.