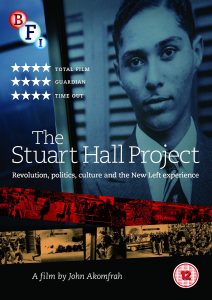 ★★★★☆
Ghana-born director John Akomfrah – the creative mind behind 1987’s Handsworth Songs and, more recently, The Nine Muses – made a triumphant return last year with The Stuart Hall Project (2013), a multi-layered video essay on the fluidity of identity in 20th century Britain which revolved around its titular cultural theorist. Hall, a working-class Jamaican with consequent links to all manner of countries and races, confesses an innate lack of national identity, and uses this as an entry point to unravel the many complexities of the defunct and shrinking British Empire, as well as those who left ‘home’ for a new life abroad. 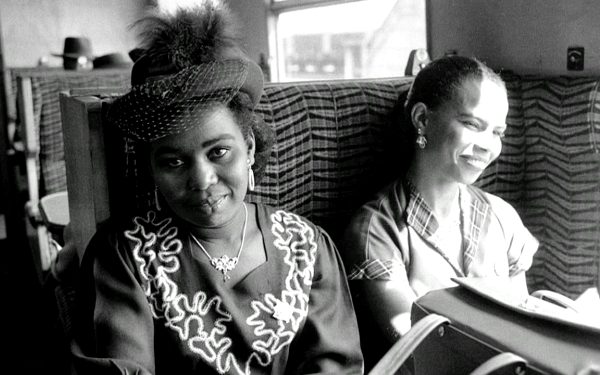 Akomfrah’s heartfelt portrait follows Hall from his childhood roots (or ‘routes’, as he himself suggests) in Jamaica through to his arrival as a Rhodes scholar at Oxford in 1951 and beyond. During his time at the educational institute, Hall co-founded the New Left Review, the beginning of a subsequent career as one of the UK’s leading exponents of cultural studies at both Birmingham University and the newly formed Open University. Blending hundreds of hours of enlightening archive footage with Hall’s own unique thoughts on post-colonialism, mass immigration and the racial segregation of the Enoch Powell era, The Stuart Hall Project is an often awe-inspiring documentation of the ever evolving nature of selfhood.

One of Akomfrah’s greatest achievements is undoubtedly his evocation of period, aided no end by the use of selected tracks from one of Hall’s musical heroes, the inimitable Miles Davis. Introduced at the bottom-left of the screen, each recording complements the corresponding visuals perfectly, from the hope and optimism of the revolutionary sixties through to the chaos and vitriol of the Powell years. Hall’s own thoughts on cultural and ethnic hybridity in the latter half of the 20th century are as loose and free-flowing as Davis’ sound, striding overseas and across borders with an intellectual sprightliness rarely witnessed in today’s multiracial musings. Quite unmissable.