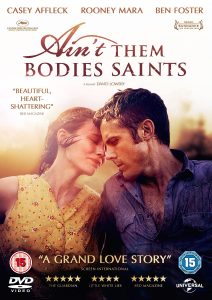 Director David Lowery’s beautiful tale of Texan doomed love, Ain’t Them Bodies Saints (2013), announces the arrival of a new voice in American cinema. The film is a lyrical piece of folklore so evocative and poignant it makes you long for an era that only really exists in American mythology. While some will see similarities with the cinema of Terrence Malick, this plays out more like a dark Capote novella and really is a very different proposition to the divisive metaphysical kind associated with the former’s most recent work – the kind of film that leaves you consumed by the senses and wondering why it is you felt the way you did. 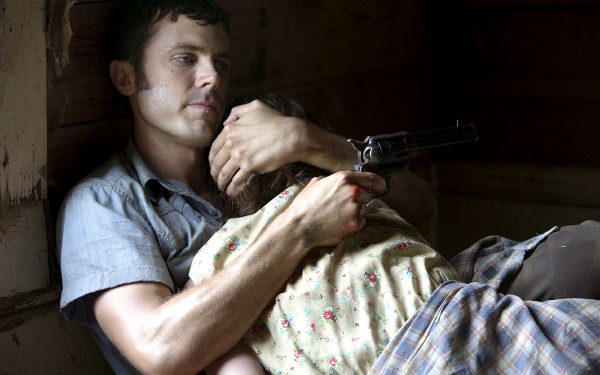 Set in the 1970s in a Deep South of golden wheat fields, crepuscular skies and country roads, Bob Muldoon (The Killer Inside Me’s Casey Affleck) and Ruth (Rooney Mara, most recently seen in Spike Jonze’s Her) are madly in love to the point of pure infatuation. Their love is of the fearless kind – nothing will come in their way, not even the law. That is at least until a bank robbery gone wrong has devastating consequences for them both. While Ruth is left alone to bring up their newborn child Sylvie, Bob lands up in jail. Four years on, driven by an intense and aching longing, he escapes with the sole purpose of being reunited with them. Yet, the local sheriff (Ben Foster) and gangsters alike have distinctly different ideas.

While Lowery does take his cue from the classic westerns of old, it’s clear from Ain’t Them Bodies Saints’ striking opening scene that he has another film in mind: shot at magic hour in an ethereal Texan countryside, he conveys from the off an intense chemistry between the young couple which instils the film’s firm emotional chord. Bob is no Billy the Kid – he’s not writing his own legend here à la Jesse James. A wounded man driven by conflicted passion, he knows that the best act of love is to stay away and disappear from the lives of his loved ones – yet he can’t. Ruth is a mesmeric presence throughout, showing determined stoicism in juggling emotions of both lost and new-found love; a yearning for the wilder youthful days versus the possibility of a stable and bright new future.

Through Bradford Young’s stunning cinematography of dusky palates and natural lighting, Bob and Ruth’s flame is perpetually ablaze. Through a pitch-perfect leading cast, the protagonists’ chemistry engulfs the atmosphere like the oppressive heat of a dry Texan summer. And through the inventive soundtrack of Daniel Hart, their world is vividly brought to life with an inspired mix of bluegrass, folk and unnerving, rhythmic handclaps. Even the supporting cast lifts the film to new heights: Foster steals the show with one of the most understated and moving confessions of love seen on screen. All of Ain’t Them Bodies Saints’ elements come together to form a slow-burning tale of melancholy that will stay with you long after the credits have rolled.